My official party line is that personalised car number plates are inherently naff and it is far better to have a cool car such as the 1960s Aston Martin DB5, immortalised by James Bond in Goldfinger, that a Yapp Brothers customer parked in our courtyard the other day and I couldn’t resist posing alongside, with utilitarian plates than an affected registration on a run-of-the-mill motor. 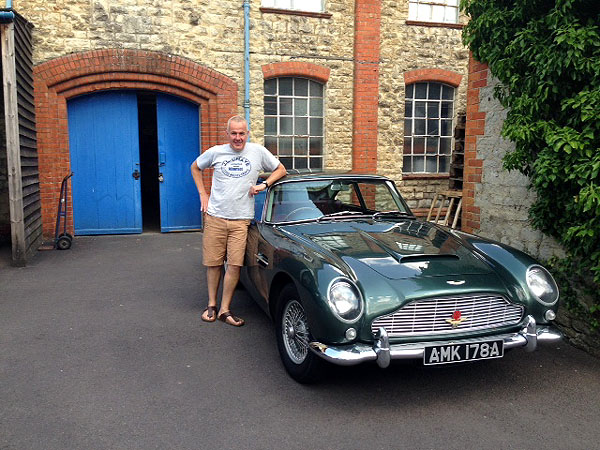 The reality is somewhat different as I am actually far more intrigued by number plates than I like to admit. I think it must be because personalised registrations represent an attempt to stamp some individuality and character on the generic and rail against impersonalised officialdom. They can also be entertaining and even amusing.

A friend assures me that he clocked a bottle blond in a sports car sporting the characters ‘B1TCH’ which I think shows self-deprecation and awareness in equal measure. I’ve never spotted the infamous ‘PEN15’ plate (which must take some balls to carry off) but the picture below does suggest it slipped through the DVLA’s normally scrupulous censorship. 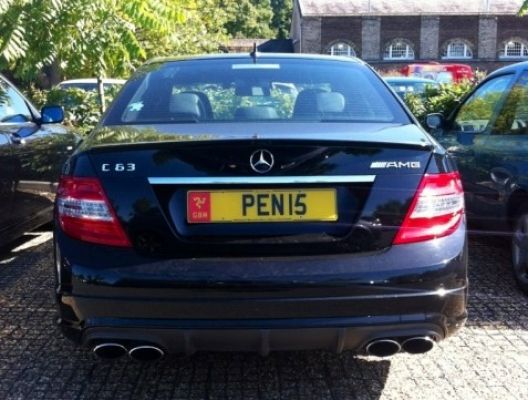 What is indubitably dodgy is the current vogue for ‘not very’ personalised plates. This morning I saw ‘T20 KEV’ on a silver BMW and I thought: Why bother? A bit like a bad toupée or a half-hearted cross-dresser there’s something a bit pathetic about it. Another questionable trend is when letters have to be conjoined or screws deployed to give the desired result. I was once offered the registration ‘R11ONE’ on the basis that a screw placed between the two ‘1s’ would make it highly desirable. I wasn’t convinced. I frequently see a black 4X4 sporting the characters ‘D1JDE’ which is just trying too hard; and besides self-praise is no praise.

Some registrations seem destined to belong on certain vehicles. When I was living in Brixton 25 years ago there was a black Mercedes van that used to park in my road. It carried the Chanel perfume logo and a minimalist number plate reading simply ‘N0 5’. While that undoubtedly cost quite a bit to procure as a long-term investment it was probably a sound one. 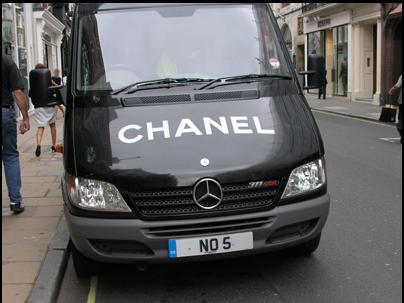 If you’ve got the funds then putting a silly registration on an aspirational vehicle must be irresistible. I can’t think of a finer example than Slade axe-man Dave Hill’s notorious ‘YOB 1’ which graced his 1962 Radford Convertible Rolls Royce Silver Cloud Mark III from the mid-1970s and must have drawn many a smile.

A few years ago when walking with my family on the South coast I espied the vehicle below and naturally wondered if it belonged to the eponymous mail-order clothing magnate.

A mutual acquaintance assured me that it did not so it is amusing to see that he chose the image below, which inspired this piece, to promote his latest Autumn collection.

Par hazard I recently stumbled across my dream number plate not a mile away from my home. I had long assumed it would be residing on Jimmy Young’s Jag or suchlike but there it was on a tatty Land Cruiser in the car park of my local Sainsbury’s!

I did pop an opportunistic business card under the windscreen wiper but thus far no one has made me an offer. So, despite my predilection for self-publicity my motor still bears the pedestrian registration it arrived with. Now that you know my preferences if you can locate a number plate that is too good for me to turn down there is a finder's fee of a case of Champagne ‘Yapp’.