I was hosting a tasting for WSET diploma students last week and an inquisitive attendee from Korea asked me what the embossed crossed keys on the bottle of 2011 Châteaunueuf-du-Pape from Le Vieux Donjon symbolised. I was able to elucidate with a degree of professionalism that Avignon-based Clement V had been installed as the first of the 'exiled' Popes in 1309 and that his successor John XXII built his summer residence up-river in Châteauneuf' between 1318 and 1333 giving the town both its name and its enduring links with the head of the Catholic church. I knew that the keys of Saint Peter symbol denoted a bottle of authentic château-bottled wine but I did not know that it was the great visionary Baron Pierre Le Roy Boiseaumarié himself, creator of the seminal Appellation Contrôlée system, who devised the embossed bottle as a way of distinguishing Châteauneuf' from lesser pretenders. You can see it here on the only vintage I have to hand which is older than I am – a bottle of 1964 Chante Cigale but it was actually introduced in 1937 just one year after the appellation originated. 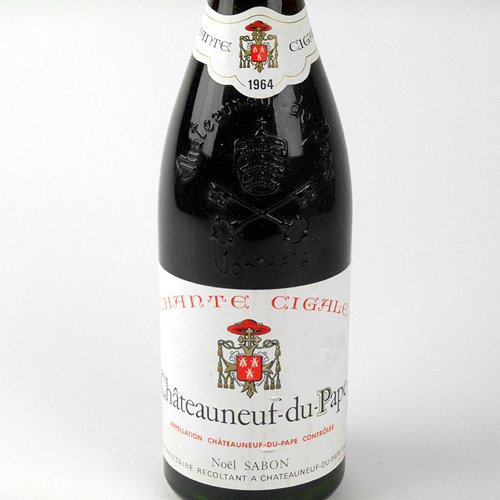 It is said that imitation is the sincerest form of flattery and like many nifty ideas Baron Pierre's raised relief has been ripped-off by all-manner of upstarts. 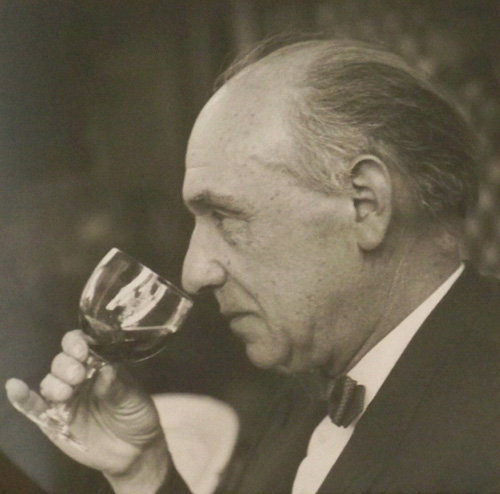 20 kilometres away in Gigondas they've opted for a shield a hunting horn and some foliage while across the river in Lirac they've got a spikey shield and what appears to be an arc de triomphe - although it might be a Cyclops robot - I'm extemporising here. 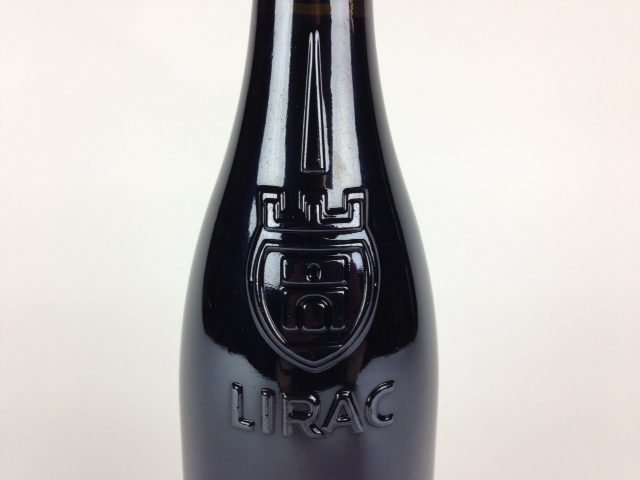 The pesky plagiarists of Vacqueyras have gone for a shameless bit of recessed cross key imagery while down in Corsica we get the majestic Moore's head, a scallop shell, Neptune's crown and a couple of Mer-people to boot. Obviously quite a broad brief on that one with understandable nautical leanings.

What really put a fly in the ointment though is that a whole bunch of Châteauneuf' vignerons begrudged paying the subs for their right to deploy the Pontiff's portal-opener imagery and, about a decade ago, introduced the controversial, rival embossed Mitre-bearing bottle. Traditionalists were incandescent and siblings stopped speaking to one another but to this day both symbols vie for supremacy. Personally I prefer the Baron's original emblem but there is plenty of decent wine that ends up in 'pointy hat' bottles.

Not that the Baron was entirely original himself. Are great ideas always inspired rather than freshly forged? As this 1858 bottle of Bouzy illustrates wine-makers were embossing bottle-necks at least 79 years before the syndicateurs of Châteauneuf' staked their claim.

The 2011 Vieux Donjon was unimpeachable by the way. Not a blockbuster but lots of briary garrigue berry fruit and gentle, spicy undertones against a background of supple tannins and cracked black pepper. I am sure the Baron would have approved!