To the Henrietta Hotel in Covent Garden on Monday to host our 'Stars of Southern France' Masterclass focusing on the wines of Château Simone, Domaine de Trévallon, Domaine de la Grange des Pères and Domaine de Montcalmès. The 'Domaines' are all late 20th Century start-ups producing their first vintages in 1976, 1992 and 1999 respectively. Château Simone has been in the hands of the Rougier family since 1830 and wine has been made there since the Middle Ages so it is very much the senior citizen in terms of longevity. 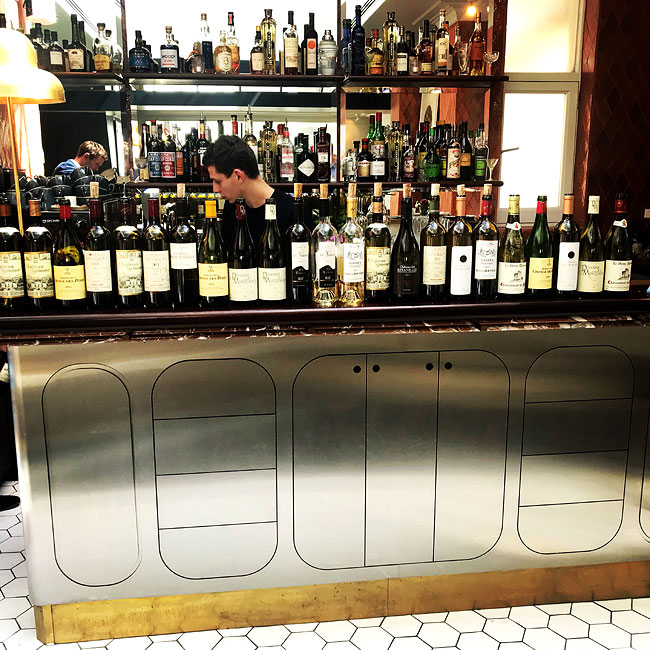 Happily, we were blessed with fine weather and the glass ceilinged first floor dining room made a magnificent setting for a fantastic flight of wines. With just 26 tasters, principally comprised of journalists, sommeliers and wine buyers, we had ample time and space to really appreciate the wines. 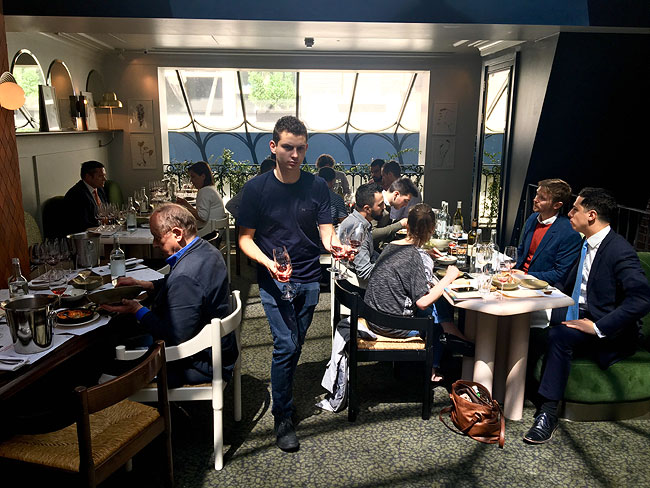 We started with white wines showing the promising 2015 vintage from all 4 estates. First up was the Château Simone, which accounts for half of the Rougiers' output, and is made from a blend of 80% Clairette, 10% Grenache Blanc, 6% Ugni Blanc and 2% each of Muscat and Bourboulenc. With subtle scrub scents and a white stone fruit palate offset by a fresh acidity it took a while to open out in the glass and will clearly benefit from further bottle age. The following three wines, which are all Roussanne-based, showed much more opulence with deftly-integrated oak and complex orchard fruit scents and flavours. I think all could be enjoyed already (if decanted) but it will be interesting to revisit them in 3-5 years' time. They certainly garnered lots of positive feedback - it's a pity they are produced in such small volumes. 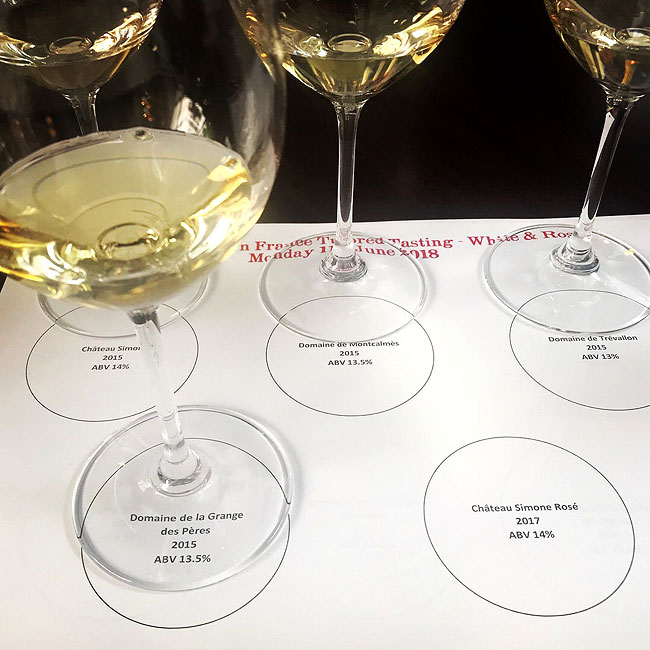 After the white wines we tasted a solitary rosé. The newly-released 2017 vintage of Château Simone. Made from a blend of Grenache, Mourvèdre, Syrah and Cinsault and a smattering of local curios, such as Castet and Manosquin, it has a dark terracotta robe and a rasp of fine-grained tannins supporting a complex red fruit palate. Accounting for just 10% of production it is a relative rarity and deserving of a wider audience.

With the red wines the focus was on the, very good, 2014 vintage but we also managed to source library stock of Trévallon and Grange des Pères in the 2007 vintage to demonstrate how they might evolve. The 2014s were already surprisingly accessible with the Montcalmès showing such ripe garrigue berry fruit and supple tannins it is already hard to resist. All of the reds acquitted themselves well but the sleekly-fruited, beautifully balanced 2007 Granges des Pères was probably my wine of the day.

After the tutored flights we enjoyed some more wines from Southern France on 'free pour' tasting over lunch where the new 2015 vintage of red Domaine Richeaume 'Tradition' and the underrated 2014 vintage of 'Le Vieux Donjon' were two of my favourites.

Our conclusions were that that the Henrietta Hotel is a great venue (many thanks) and that we should host more of these focused pared back tastings in future and, of course, that the wines of the Languedoc and Provence merit serious attention.