1. You started your career in academia. What sparked your interest in wine?
I grew bored of dinosaurs. And it happened a long time before I became an academic. I remember being about 10. Everyone else was into diplodocuses or football or trains. I just found wine more interesting. Where it came from, and how it was made, that kind of thing. I had a book by Serena Sutcliffe MW which was confiscated by the teachers at school. They didn't think it was suitable.

2. You were wine consultant to the PGA golf tour. What did that involve and how is your golf game?
I'm a rubbish golfer. Not for lack of trying. I had lessons as a child, and then practised every Wednesday at school in Lancashire in the lashing rain. Unusually we had a school golf course. My short game's not bad. But I've never really managed to get to grips with a good drive. Although Gary Player once told me that "Tiger hasn't either." We were watching Tiger hook a ball as he said it. I used to travel round lots of clubs across the US giving wine dinners and events for their members. And then we did events at tournaments too. It was a phenomenal job.

3. You cover diverse styles and types of wine on the Wine Show but what are your personal favourites for drinking at home?
My wife works as a Brand Ambassador for a Champagne house. So there's quite a lot of fizz. I love Dry Furmint from Hungary. And Italy features a lot. Chianti Classico and Sicilian reds like Nerello Mascalese. I love everything across the Rhône and introducing people to areas like Jura. I've rediscovered Australia in a big way too. It's changed so much. I wrote a newspaper column for 14 years in Scotland. When I finished there was one winery (Casella) making as much wine as Australia had made when I began. The industry's changed as much again in the ten years since I finished the column. There's a wonderful drive towards smaller, artisanal production now.

4. As well as wine you have also specialised in personal finance. Do you have any tips on wine investment?
Don't. Unless you can lose the lot. Or at least wait 25 years. In which case, go big to maximise the tax advantages of your bet. I struggle with the idea it's an 'investment'. That's just a euphemism for 'betting someone else will want this more than you do in a few years time'. Years ago on the radio, we did feature of listeners' personal finance questions. One was a school that wanted to insure against poor weather for their summer fête. We worked out they shouldn't take an insurance policy but they'd be far better off simply going to a bookies and betting it would rain. Same cover, half the cost. But the school turned it down because going to a bookies would encourage the children to bet, while taking insurance was 'different'. How we frame these questions - bet vs. investment vs. insurance - gives them a kind of moral certitude. But doesn't change the reality of the transaction. 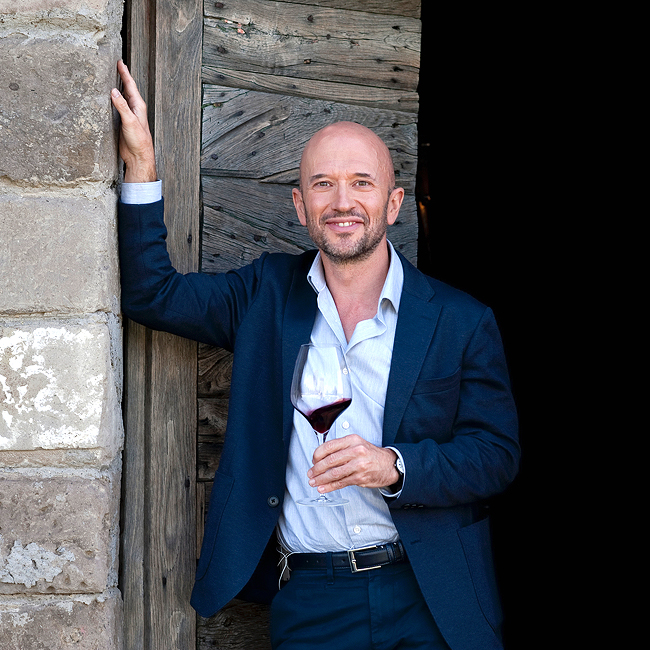 5. Is there a wine that stopped you in your tracks and made you recalibrate your critical scale?
Romanee Conti La Tache 1978. Although I'm more than happy to concede that I didn't have it blind and was as much in love with the idea of drinking a legendary wine as I was with drinking the wine. Blind tasting usually tells me that you need to see what a wine is to find something that stops you in your tracks. But I'm quite happy with that. Unlike some, I think what's going on outside the bottle can be as important as what's in it.

6. Can you tell us an interesting wine and food pairing from your travels?
Probably Argentine Malbec and the foetus of an endangered species of dwarf Llama. It was years ago. Pre-Wine Show. And delicious. Until we found out what it was. I once drank wine out of the socket of a false leg. With the naked amputee hopping beside me. It's a long story. And a large part of me hopes nothing ever tops it.

7. Is there a style or type of wine that you don't 'get' or get on with?
Not really. There's a time and a place for most things. I'm far more forgiving of a lot of 'commercial' wine than some wine commentators. But we can see what pleasure they give people who get in touch with us on the show. I try not to be critical of anything someone's chosen, but gently nudge them towards things that might give them even more pleasure.

8. Is there a wine region or style that is currently underrated that you think deserves wider attention?
Germany in almost every regard.

9. Who or what has been the biggest influence on your career?
Oz Clarke. We met at a wine dinner in the early 1990's. He was the speaker, and I was working with the wine merchant who organised it. 25 years later he rang me up the day The Wine Show was about to broadcast for the first time. One day I'll write about what he said. But it was the proudest moment of my career.

10. What advice would you give to a college leaver hoping to follow in your footsteps?
Try to be good at more than one thing. Think, "I'm going to be The Wine and xxxxx person." Wine on its own is pretty narrow and abstract. Wine in relation to something else is utterly compelling and entwined with almost every aspect of our lives. My newspaper column was effectively a diary piece held together with a loose thread of wine. The Wine Show could run quite happily without ever explicitly mentioning wine at all. The stories all have an appeal of their own. As an academic I covered classes on wine and culture and wrote a book on wine marketing. There's a law of diminishing returns in the study of wine on its own. But huge vistas open up when you combine wine with some other field of human endeavour.