1. What drew you to a career in wine journalism and what was your first 'break' in wine writing?
Originally I went into the wine trade as a graduate management trainee in the wine department of a big hotel group. I was their first and last trainee, which tells you all you need to know about the, er, training. After that I wrote to the editor of a trade magazine, more or less on the spur of the moment, and to my surprise, she suggested I go and see her. After writing a test piece on the rise of Irish cream liqueurs, the job was mine. The bigger break was with The Sunday Times and it happened in much the same way. I wrote suggesting I should be the paper's wine correspondent and a few weeks later the assistant editor rang and suggested we meet. A couple of months later, I had the job, and I had it for the next 22 years.

2. Have you ever had a wine tasting epiphany?
I wish I could say there was a single road-to-Damascus event, but it's been a more of a series of revelations, including my first bottle of Jurançon Sec, at lunch in Montauban at the end of the 1980s, and a bottle of 1989 Château Haut-Brion.

3. Can you tell us an interesting wine and food pairing from your travels?
Greek Assyrtiko with globe artichokes. Globe artichokes are notoriously difficult with wine.

4. Do you have a favourite grape variety or style of wine?
I'm always adding to my list of desert-island wines (mine will be a huge island), but I couldn't be without red Burgundy, vintage Champagne, Jurançon Sec and... a lot of other things. 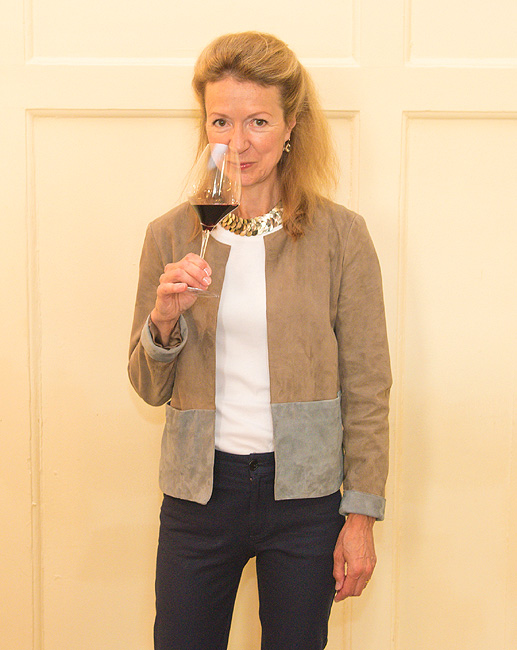 5. Is there a type or style of wine that you don't 'get' or actively dislike?
Let's just say that Prosecco isn't on my bucket list (although proper dry red Lambrusco is).

6. What is the next exciting wine region or style we should be looking out for?
There's still much more to come to us from Eastern Europe and the eastern Mediterranean, and we're starting to see winemakers all over the world doing more interesting things with rosé wines, devoting the same thought, attention and experimentation that they give to red and white wines.

7. Do you think wine conservation gadgets, such as Coravin®, are a good thing for consumers?
If they encourage consumers to try wines they wouldn't otherwise try, because of the cost or because they're unfamiliar, then they have to be a good thing.

8. Are stratospherically priced trophy wines bad for the industry?
Yes, in that they encourage collecting, rather than opening and sharing bottles, but if they have raised standards and if they bring money and investment into the wine industry then they deserve some credit for that.

9. Do you think the market for buying Bordeaux 'en primeur' is in terminal decline?
In the past I'd have said yes and it would have given me a fair degree of satisfaction. Now, I'm not at all sure it is in terminal decline and, to be honest, I don't care as much as I did. When I thought it was all about to tumble down, it was because prices seemed ridiculous for unworthy vintages, but the fact is that the system suits the Bordeaux châteaux as well as the armies of middlemen (négociants, courtiers etc). Some prices have come down this year (for the 2017s), which I'm pleased to see, but some chateaux don't want to be seen to lower prices, so they'll release only a small amount and fund the ageing of the rest themselves. They're rich enough, they can afford to – and that's why the system will continue. New markets come (Russia, China) and go (Russia, China) and will come again.

10. What advice would you give a college leaver hoping for a career in wine journalism?
Taste as much as you can, including going to wine festivals, wine merchants' tastings etc, so that you meet people. Secondly, start a blog. If you don't know what to write about or how to begin, just open a bottle and start writing. It may not be perfect the first time, but you know what they say: 'practice makes...'