1. Have you ever had a wine epiphany?
I think I've probably had several! The very first one happened when doing research for my final university year's thesis (on the Burgundy wine economy) and towards the end of the 6 months I spent there, not only did I realise how serious wine was, but Burgundy too. It was a bit of baptism by fire given I knew nothing about wine before I got there, but it was worth it!

2. What has been your most interesting wine discovery of the last year?
In March this year I went to California and found a couple of producers in Sonoma who were making incredibly (and I mean incredibly) elegant and sophisticated wines, even from Pinot Noir. Arnot-Roberts was probably the producer that stood out the most, even their Touriga Nacional rosé was effortlessly elegant – amazing stuff.

3. When did you last send back a bottle of wine for being corked or out of condition in a restaurant?
Well over a year ago, it was a Chardonnay from Veneto and the sommelier was extremely good about it - I'd hope so too, it was a Michelin * restaurant. 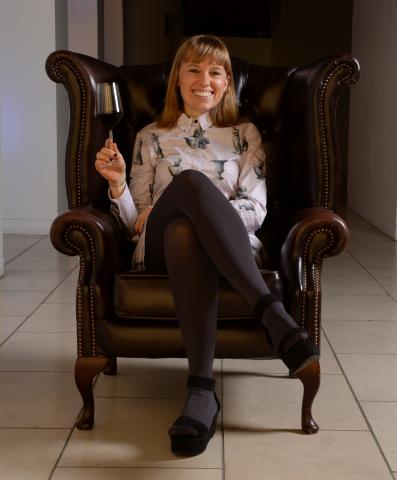 4. If you won a case of one wine of your choosing what would you select?
Some fabulous 2002 Champagne (because I'd want to drink it not invest in it).

6. What is the least you would consider spending on a bottle of wine for personal consumption and can you give us an idea of what if might be?
I rarely spend less than £12 on wine at home but I do enjoy lighter, supple reds so if a Beaujolais or Barbera looked enticing/was on offer I'd go as low as £8.

7. Can you tell us an interesting wine and food pairing from your travels?
I can tell you my most memorable one from this year. It was at a Champagne house in Epernay and the meal was cooked by a chef who only ever uses three ingredients on one plate. We had a 2004 Rosé with tuna carpaccio, celery and salt. It was one of those simple but clever matches, both enhanced each other brilliantly.

8. What is an exciting wine region that merits wider recognition?
The Rhône is vastly underrated in my mind. If you compare it with the other major red wine regions from France it can make just as drinkable and hauntingly beautiful wines, but rarely gets the recognition.

9. Are you happy to pay a premium for organic or bio-dynamic wine?
It's an added bonus if a wine producer is conscientious about their impact on the environment but I don't think I'd be happy if I was paying extra purely for the organic or biodynamic privilege.

10. Can you tell us wine joke?
It's an oldie but a goodie... Why is Oloroso so perfect? Because it's completely flor-less. (I know I know, cue the groans...)