The family Catanach are now safely back in Blighty after a week away in Bulgaria, for the 2nd year running. The snow does now seem like a distant memory – and as always Bulgaria managed to throw a few swerve balls. It’s never quite what you expect – I know it’s red wine country, I know Mavrud is the ‘best’ grape variety for red wines (so our jovial host ‘Borris’ at the Markony hotel at the bottom of the slopes at Ski Centre 2, Pampovovo insisted nightly) – but when the tour guides point out the simple Yes/ No techniques & that Bulgarians nod and shake their heads the opposite way to the UK – you know it’s going to be, well, interesting. 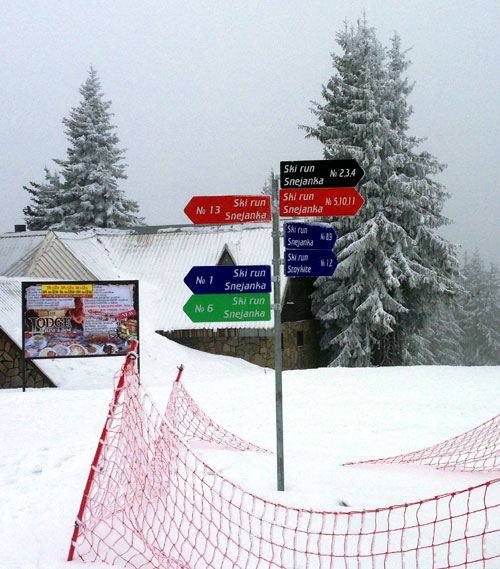 The ‘house’ red was my downfall on the 1st night, so we learnt from experience and took a steer from Borris later in the week. Assuming he’d proffer Mavrud or full bodied Melnik he offered one of our assembled party a bottle of Merlot! With a great improvised decanter (well, Borris poured half the bottle into a jug, and swished it around for a few minutes) we were off. 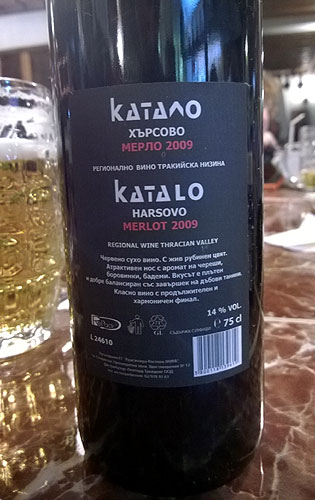 It was a country mile better than the ‘house’ it had to be said! Soon we were eying up the ‘good stuff’ and systematically worked our way through best we could. Personally, the Mavrud wines were the ones that suited me best – but that’s probably as it went really well with my favourite Bulgarian staple, Kavarma – in effect a slow cooked stew, with pork, leeks, peppers and wine.

The week flew past and soon we were preparing for our painful 4am hotel departure to head home. I’d been asked by collegues at Yapp HQ to bring back what I could in the way of good examples of Bulgarian reds but late in the week the Levs were running low (sorry Bianca!) as was time, so there’s nothing else left to do but head back there again next year!

Reds and Levs, great fun and never quite what you’d expect.