Last Sunday, all the normal Yapp signage had a bit of a makeover, with 'High Visibility Yellow" taking pride of place. As with many things, momentum does seem to take hold when certain moons align – in this case the winning combination was 1,400 cyclists, Yapp HQ, and Côtes de Thongue: Tradition 2013. 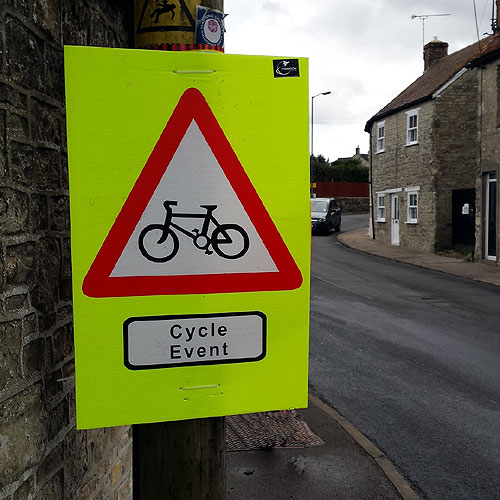 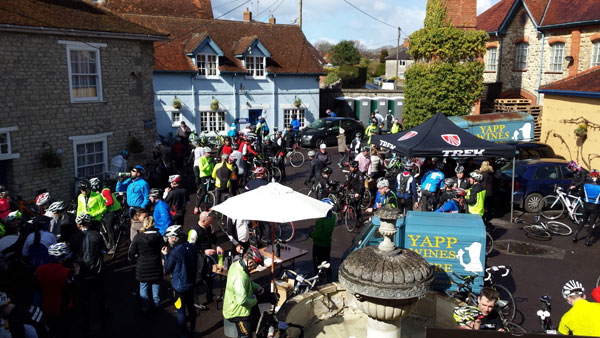 We set up and waited for the masses to arrive. Over the next half an hour we had the proverbial four seasons in one day – hail, rain, wind, sun and by 10.30am we had our first cyclist through the archway into the courtyard.

The first hour after the first rider saw the 'keeners', fit as fleas and swerving the main food, the cheese and wine just refilling water bottles and heading off again as quickly as they could. Safe to say, as the day went on the more 'social' riders rocked up - from this point on we were cleared out of all our supplies from Godminster Organic Cheese and I’d got my daughter helping pour out some samples of our Côtes de Thongue: Tradition 2013 just to keep up with demand! 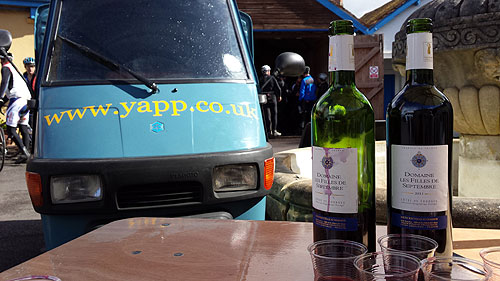 As with many events we meet lots of riders who were new to Yapp and some regulars, some even remembering the snow from last year with many a comment "the wine last year was all that got me through to the end!" with a fair few of the later riders this year asking if we could fill their drink bottles with wine.

The day pasted in a blur of wine, cheese, wheels, bikes, bright kit – and then it seemed as quickly as the hoards arrived they were gone to finish the last half of the ride. The hill that leaves Mere towards the Deverils is a stinker – and I for one was more than happy to be heading back home on 4 wheels but there’s something about these 2 wheeled lionhearters – they are clearly made of tougher stuff!