On Sunday we once again opened the doors of Yapp HQ to host a feeding station on the route of the Lionheart Sportive (http://humanrace.co.uk/events/cycling/lionheart-sportive) where over 1000 riders clad in various shades of lycra appeared like a swarm of near biblical proportions. 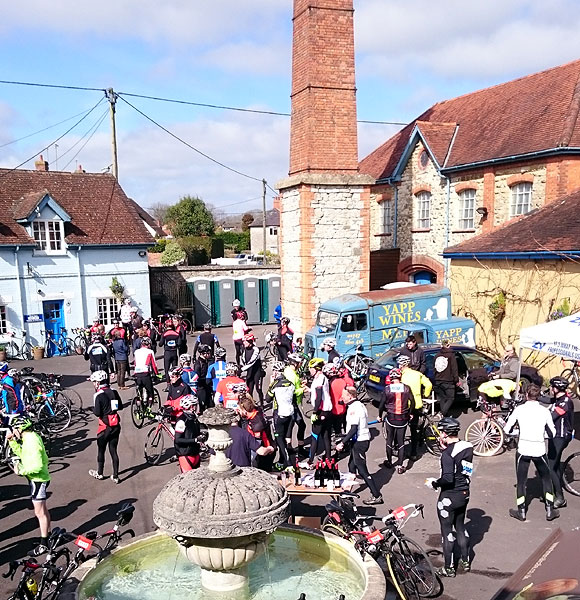 We'd stocked up well with Vin de Pays de Vaucluse: Le Petit Caboche 2013 from the Yapp cellars and secured samples from our routine partners in crime at Godminster Cheese (http://www.godminster.com/) in Bruton where we complimented the real cycling energy food and added a French flavour to the proceedings. 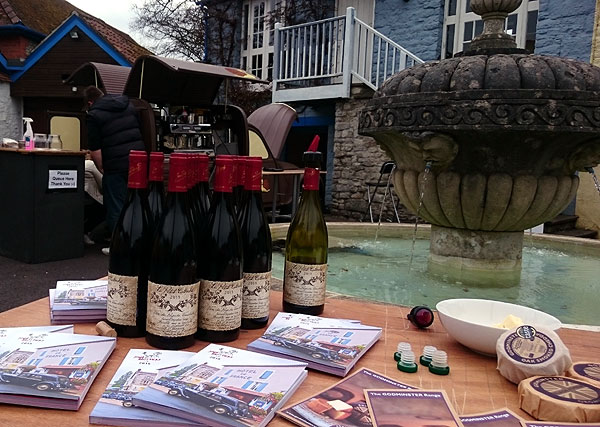 This year, unlike previous years, we were the last feed station on the route, so a fairly common comment from the now flagging cyclists after seeing the wine and cheese offering was 'I think I might just stay here now and call it a day' although a fair few riders had been using us as the proverbial carrot – just before joining us the comment had been 'keep going, cheese and wine in 5 miles'!

I'm always impressed with these people who head off from Longleat at 8.00am on a Sunday in March knowing that there are either 100km or 100 miles ahead of them – and even when we finally see them 50 miles into the ride they are all in such high spirits and up for most anything – but particularly a slug of great red wine and some seriously good cheese!

Any riders local to Yapp HQ are advised that this Saturday, 28th March sees the first Yapp Tasting and Sale of the year where they'd be more than welcome to pay us a return visit – although there is no dress code, in this instance, excessive lycra may be slightly frowned upon in the tasting room!