Ever since Robin Yapp audaciously drove a 1955 long wheel-base Traction ‘Avant’ back as an unexpected souvenir from a French wine buying trip in 1985, we’ve had a penchant for vintage vehicles here at Yapp Brothers. They look wonderful in our courtyard in Mere and evoke a certain Gallic élan. We were therefore devastated when our much-loved 1979 Citroën ‘H-van’ was vandalised for parts back in September 2015 and although we made a concerted effort to restore it to its former glory we reluctantly decided to cut our losses and sell it in the Autumn of 2017. 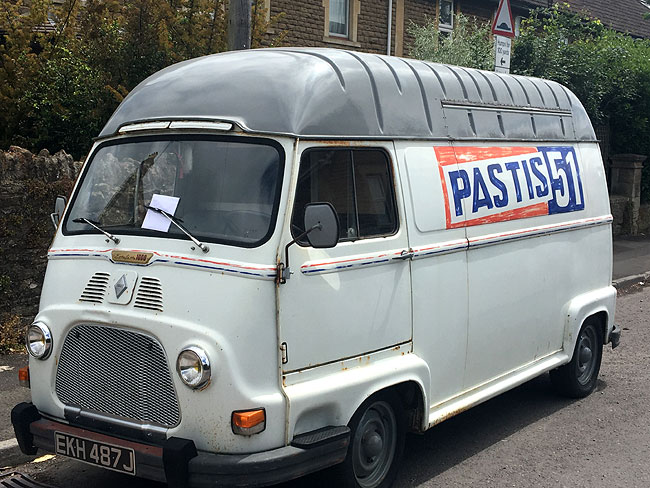 We then started scanning the horizon for a replacement delivery vehicle and finally got lucky when we spotted a terrific Renault ‘Estafette’ parked on a residential street in Frome, Somerset. Not knowing who it belonged to we left a note under the windscreen wiper and happily the owner got in touch. He didn’t want to sell the vehicle in question but had plans to import a lovely 1977 Citroën ‘2CV’ van from Barcelona. In the fullness of time the van was shipped to the UK and officially authenticated by the ‘2CV Owners Club’. After a mechanical make-over by local Citroën guru Rick Pembro and a smart re-spray by ‘We Paint any Car’ in Frome we were almost back in business.

The final flourish was the addition of our distinctive ‘Charles de Gaulle’ logo by ‘Kennet Sign and Display’.

We hope you will concur that the latest addition to our fleet looks the part and, if you order wine for local delivery, you might get lucky and have it pull up outside your front door!