After another early departure, we touched down at Nîmes Garons airport in bright sunshine and a biting Mistral. By 10 o’clock we had zipped past flamingos feeding in the Basin de Thau and we were tasting with Roland Géraud from Côtes de Thongue at the Parc des Expositions in Montpellier. Vinisud is a big and buzzing Fair focused on Mediterranean wines that attracts over 30,000 professional buyers and takes place once every two years. The attraction for us is that we can catch up on all the latest news and developments with over 20 of our winemaker friends and taste the latest vintages. 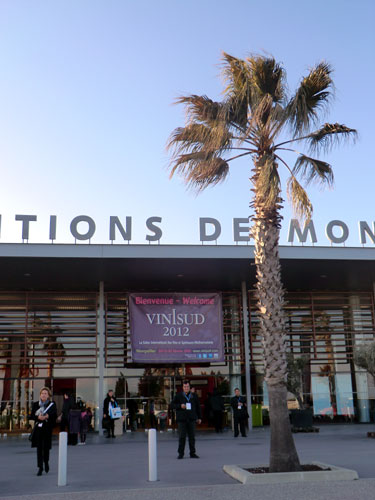 Over two days we tasted well over one hundred wines, predominantly from a strong trio of vintages 2009, 2010 and 2011. While 2009 and 2010 have been universally acclaimed as first-class years throughout France, 2011 requires more careful consideration. The hot Spring was followed by a cool Summer and a warm late-ripening season. Winemakers who hand-harvested (over a long period) and were diligent with their grape selection have made very good wines. 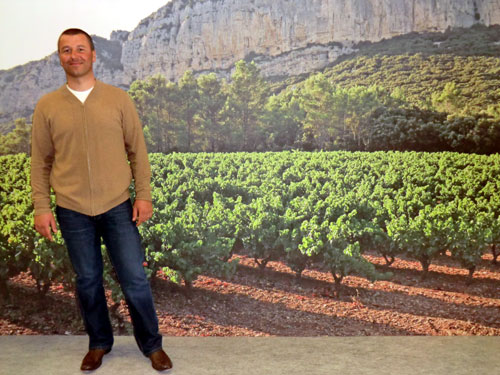 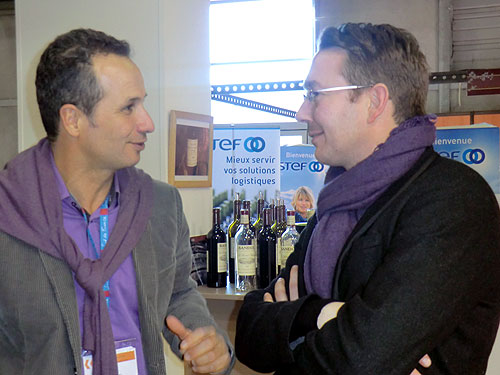 We filed this copy in the sunshine on the terrace of the Café d’Esplanade in Uzes, looking forward to shipping a trifecta of terrific vintages back to the UK.