Robin and I have spent the last four weeks in France, and have been enthusiastically following the Tour de France. There is no better way of escaping the afternoon heat than by lying on the sofa watching those guys climb mountains, and justifying it all by improving one’s French listening to the commentary on French television. The experience is even better with a glass of rosé, Lirac: La Fermade 2011. The Tour rode through Uzès on Bastille Day, while we watched in comfort from a Boulevard cafe, and we were grateful to Bradley for wearing the Yellow Jersey which helped considerably with our identification of him from the mass as the Peloton whizzed past.

Needless to say we were absolutely over the moon when Wiggo pulled it off!

Now we are back in Mere to watch the Olympics, and even to go to one event. We have Olympic fever and are keen to get involved. This was the spirit which found us in the courtyard at 8.12am on Friday morning. The Yapp Brothers bell joined hundreds of others, including Big Ben, in Martin Creed’s Work No 1197; all the bells in the country being rung as quickly and loudly as possible for three minutes, to celebrate the launch of the Games twelve hours later. 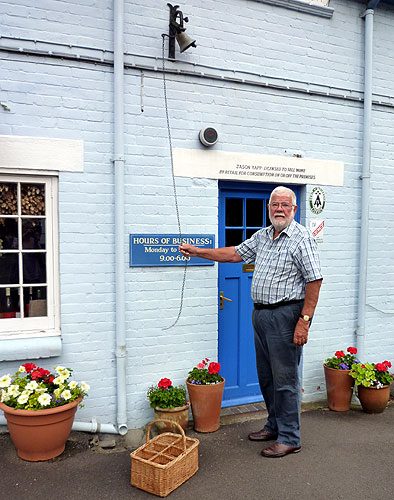 That evening we were again glued to the television for the Opening Ceremony, with a glass of Dumangin Champagne Rosé NV.

Go Team GB, all 541 of you, and bring home the medals. Then we can sit down with a glass of Premium Blanc de Blancs NV!