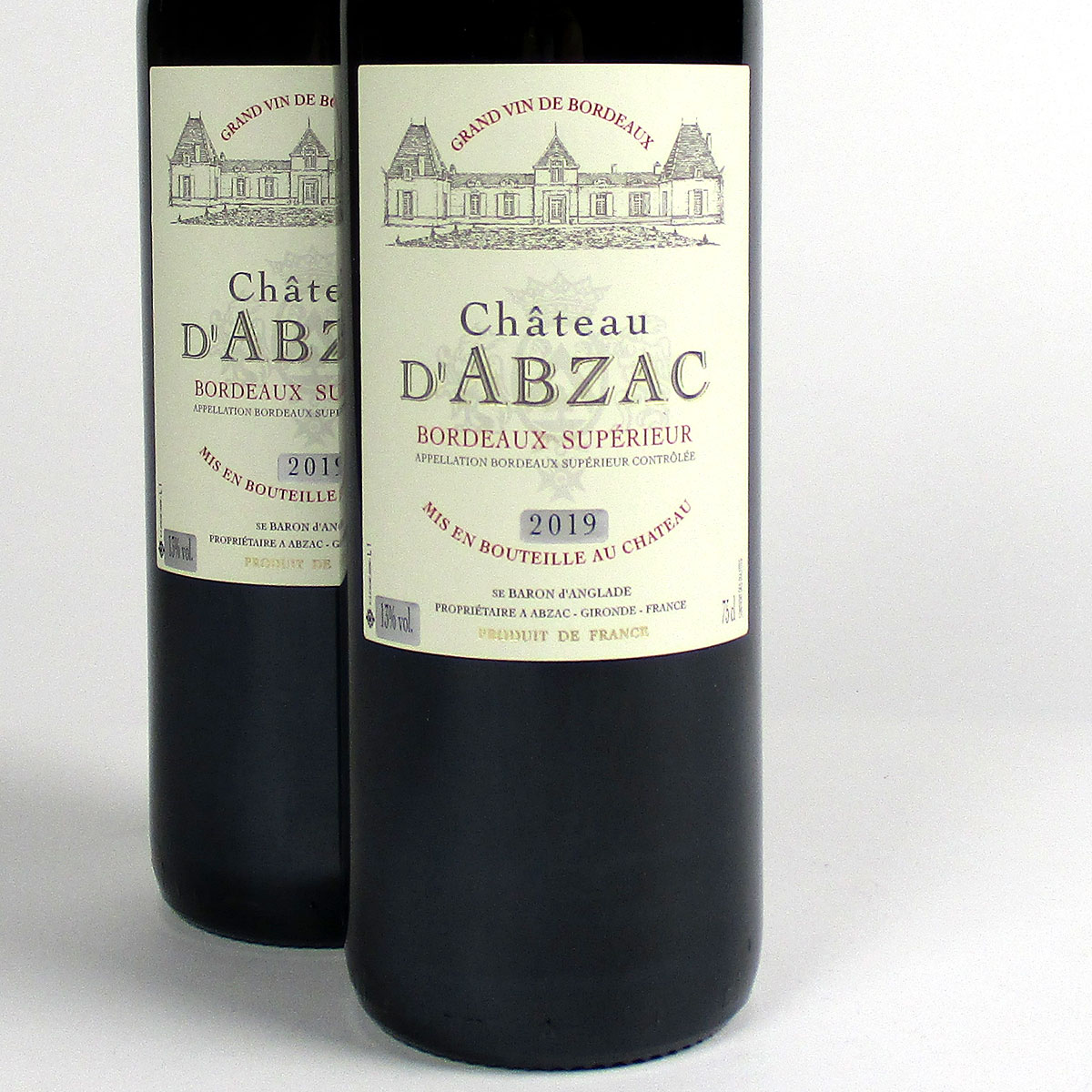 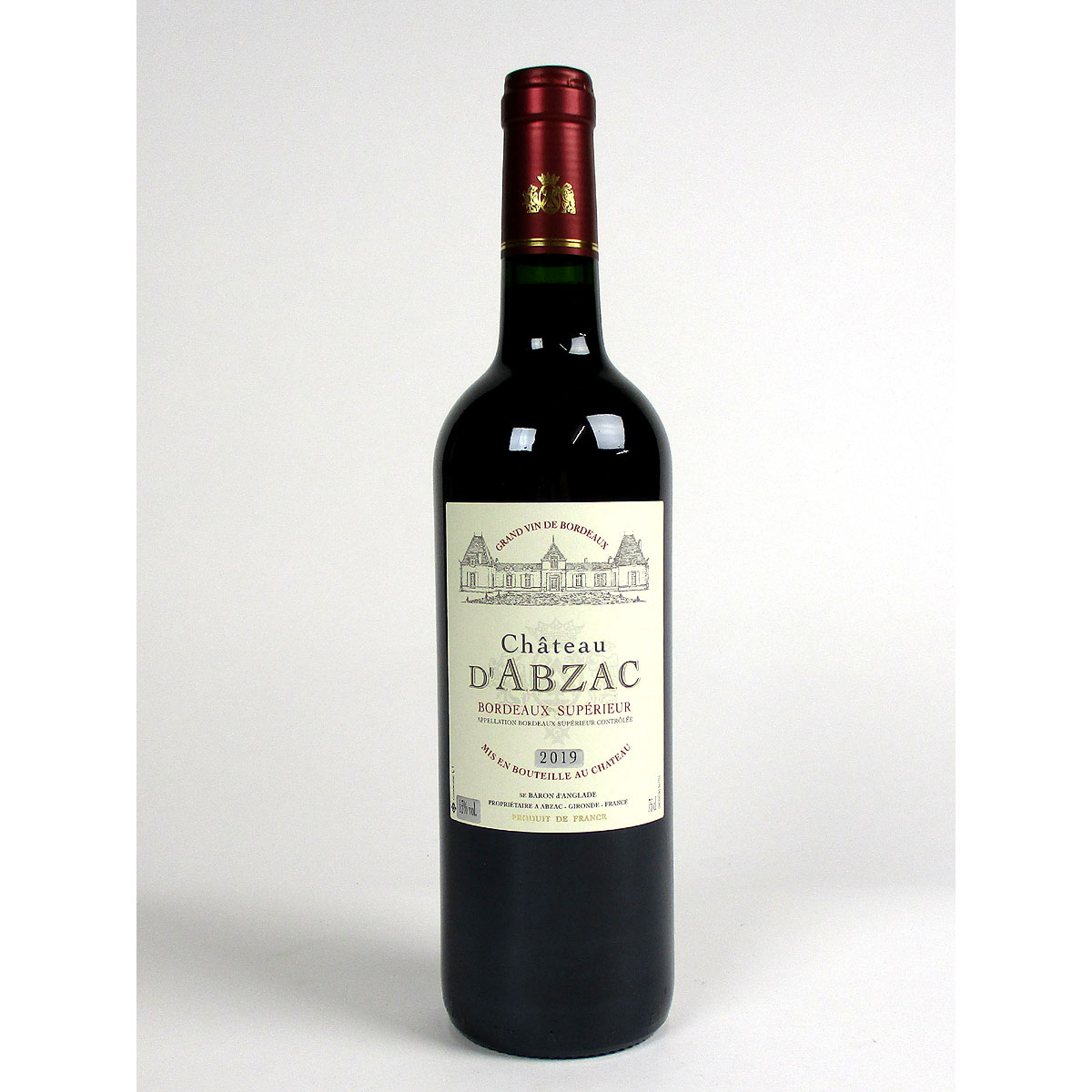 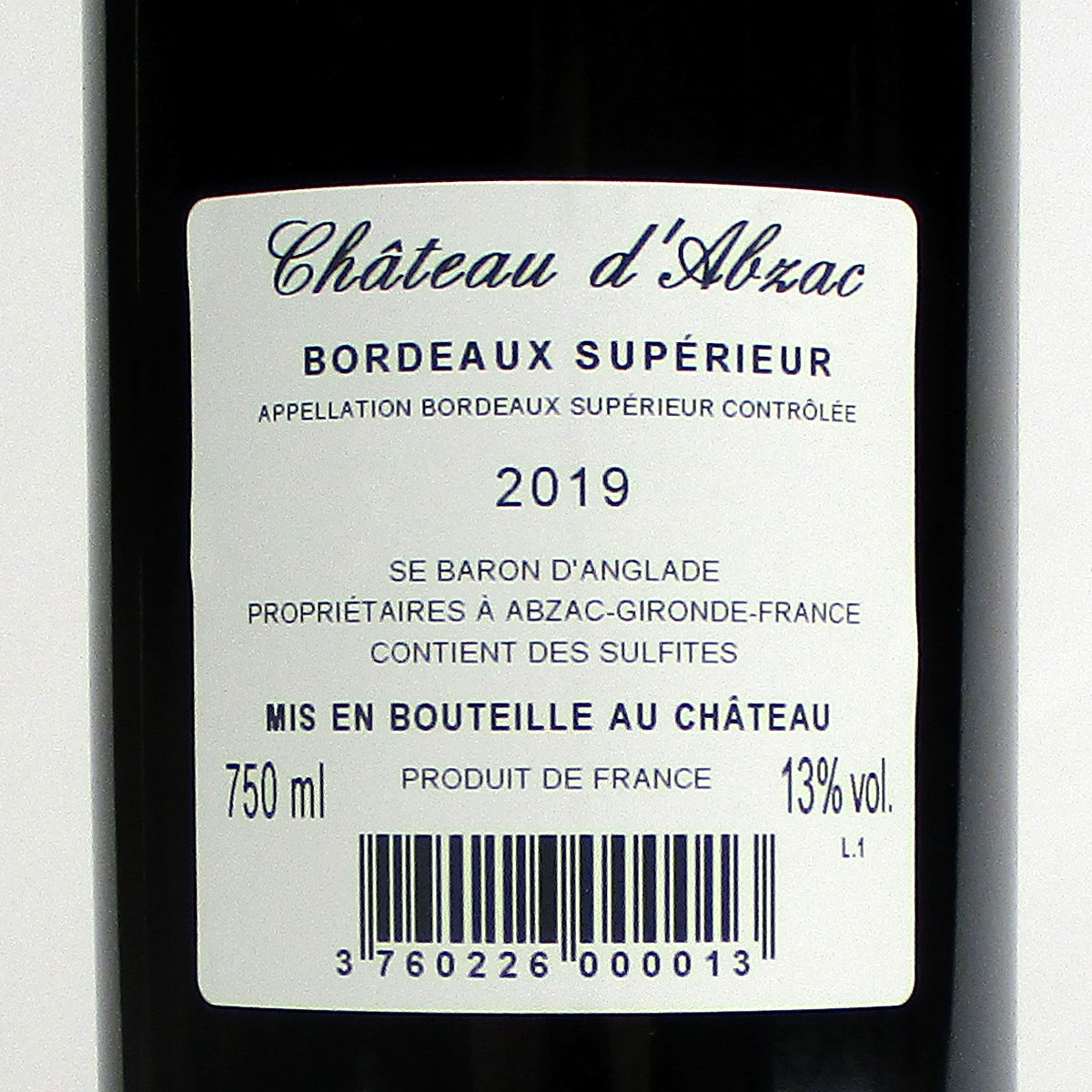 Made from 100% Merlot, this Bordeaux Supérieur from Château d'Abzac is the fruit of our grail-like quest to find an affordable and characterful claret. Already a hit with the Yapp cognoscenti, this precocious 'Petit Château' has alluring red berry aromas preceding a palate with a wealth of cassis flavours, great concentration and fine balance.

A classic 'Bordeaux Supérieur' produced from mature rootstock grown on well-drained gravelly soil similar to that of Pomerol 6km to the South-West. Eminently approachable now and worth decanting, it has the stuffing to age well for a further 5-7 years.

Owned by the d’Anglade Family for more than two centuries, Château d’Abzac is located 14km north of Libourne, close to the famous Saint-Émilion and Pomerol vineyards. It was built in the early 17th century and has not significantly changed over the years. Today it is classed as a Historic Monument and the Anglade family still resides in the Châteaux.

Baron and Baroness d'Anglade describe their wines as pleasant to drink the year following bottling, and reach their peak in the fifth year.