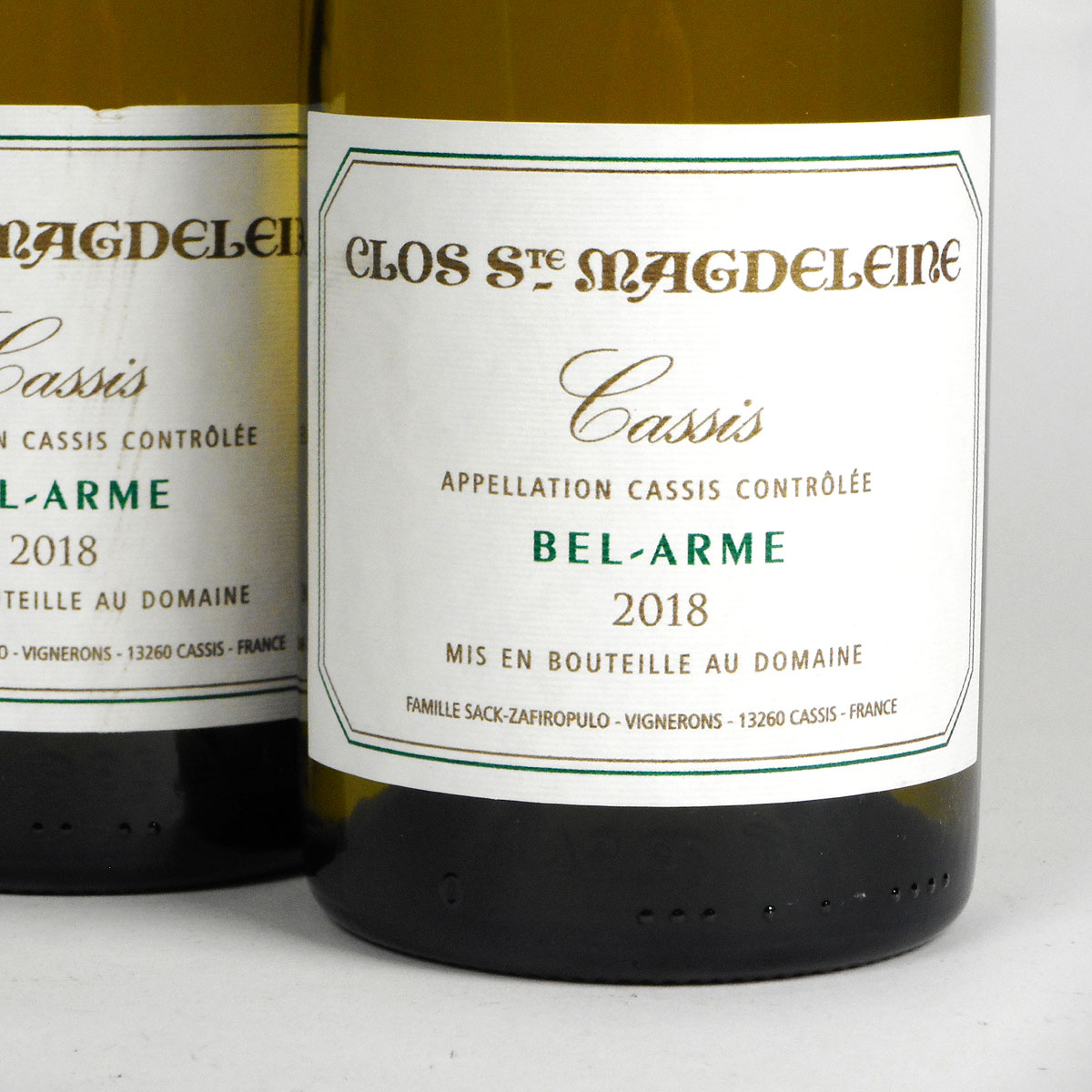 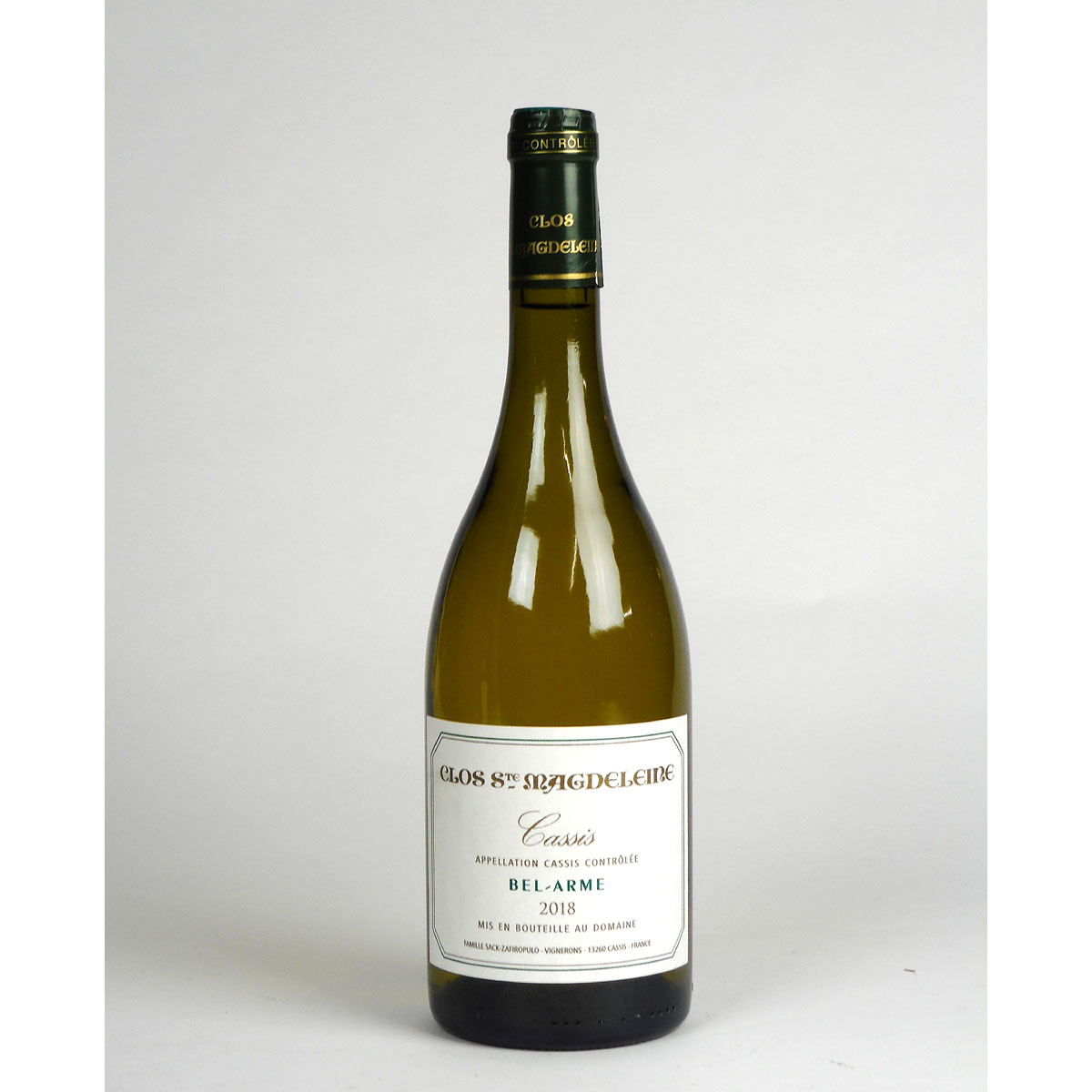 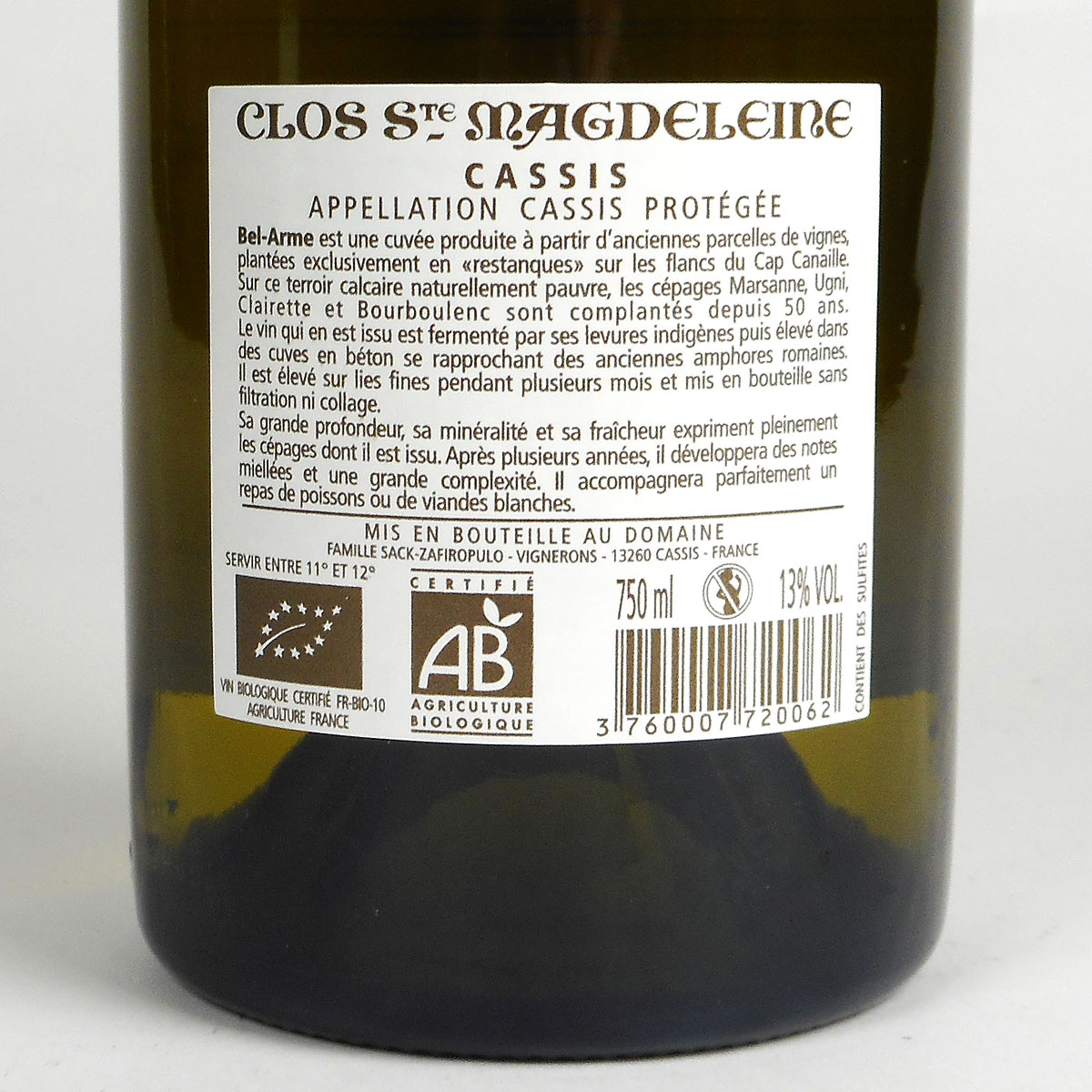 This estate's top cuvée, 'Bel Arme' derives its from Clos Sainte Magdeleine's oldest vineyards situated on the Cap Canaille - which happens to be France's highest sea cliff. The wine is made from versatile blend of Marsanne, Clairette, Ugni blanc & Bourboulenc, from organically farmed vines planted over fifty years ago

A very impressive wine from low-yielding (30hL/HA), 50 year old vines on the limestone slopes of the Cap Canaille. The wine undergoes an élevage that includes being left on its fine lees for several months, before bottling without filtration, giving it a fuller, richer body than the 'standard' white. Certified organic. 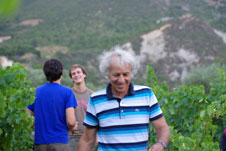 A stunning fishing port on the Mediterranean, Cassis is home to 14 producers who cultivate 180 hectares of vines in an appellation which is gradually shrinking due to real estate encroachment. Clos Sainte Magdeleine has belonged to the family of Madame Sack (née Zafiropulo) since 1922 and the headquarters of this 20 hectare estate is an impressive art-deco mansion lying just below the Cap Canaille (France's tallest coastal cliff). François Sack and his son Jonathan (who is now President of AOC Cassis) are the first to admit their good fortune but still retain a sense of perspective, often being seen carrying out local deliveries by scooter which is the only way to access the crowded quayside in the summer season.

The vast majority of Cassis' production is consumed locally and out-of-doors but it would erroneous to assume that the wines of Cassis are simply for quaffing on holiday. The main emphasis here is on dry white wine of which Clos Sainte Magdeleine's is amongst the very best. This small, prestigious family-run estate also produces a fine and elegant rosé.