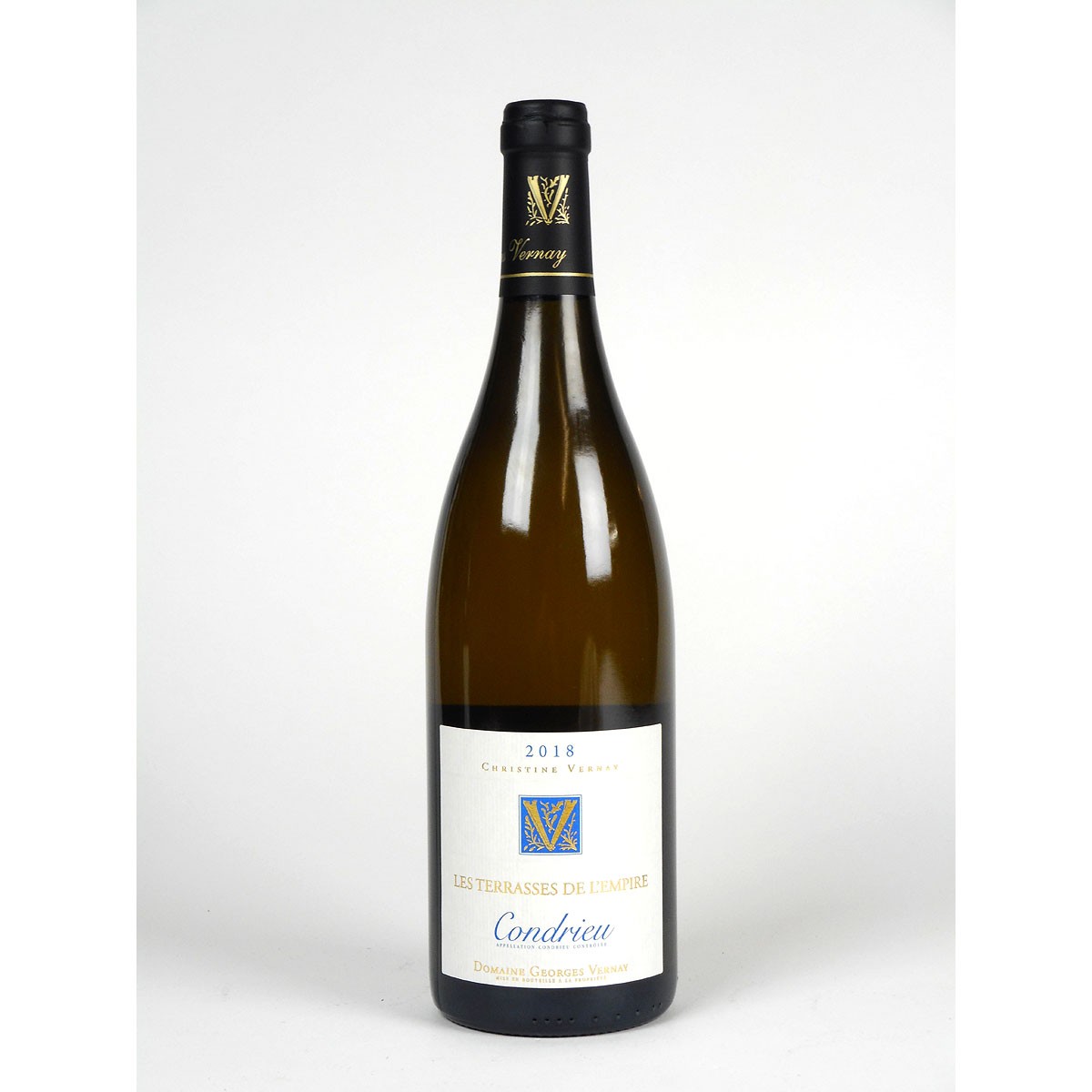 "The 2018 Condrieu Les Terrasses de L'Empire has a portion brought up in oak, all being used, and it's always a great introduction into the wines of this estate. Medium to full-bodied, elegant and seamless, it has terrific purity (especially given the heat in the vintage) as well as lots of white flower, salted citrus, tangerine, and a kiss of rocky minerality. Nicely concentrated as well as balanced, this brilliant wine is not far off the two pricier releases.
Drink 2020-2030. 94/100."
Jeb Dunnuck - JebDunnuck.com

The Vernay's principal Condrieu, in volume terms, is this wine called 'Les Terrasses de l'Empire' which comes from 45 year-old vines in the 'Sainte Agathe' and 'La Caille' climats. It is bien classique, with subtle scents and flavours of white peaches, lychees and grilled nuts, a taffeta texture and persistent palate. It is a classic of the appellation.

It cellars pretty well for 3-5 years, although it is hard to resist on its exuberant, youthful fruit. 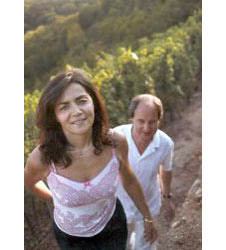 The Vernay name is synonymous with quality Viognier. Christine Vernay's father Georges (1926-2017) was instrumental in keeping the Condrieu appellation from extinction in the 1960s when there were only 8 hectares left under vine! The Vernays have worked tirelessly to promote Viognier and are largely responsible for its current renaissance and newfound global popularity. Christine Vernay took over winemaking responsibilities here in 1997 and is assisted in the management of the estate by her husband Paul Amsellem. Today the Vernays farm 7.5 hecatres of vines at Condrieu, which puts them in the top 3 growers in volume terms (alongside Cuilleron & Guigal). Domaine Georges Vernay is widely regarded as being among the very best sources of Condrieu, they also produce an excellent Vin de Pays Viognier, from higher altitude vines called 'Le Pied de Samson' as well as an impressive range of red wines comprising a fruity Vin de Pays Syrah, Saint Joseph and Côte Rôtie.

"Domaine Georges Vernay is the flagship of Condrieu. Its vines were planted in the AOC in 1936, and it remained the only domaine in Condrieu for many years, until others finally started believing in Viognier. Today, third-generation vintner Christine Vernay runs the estate, crafting whites that are both opulent and pure. Her Côte-Rôties are equally impressive."
James Molesworth - Wine Spectator.