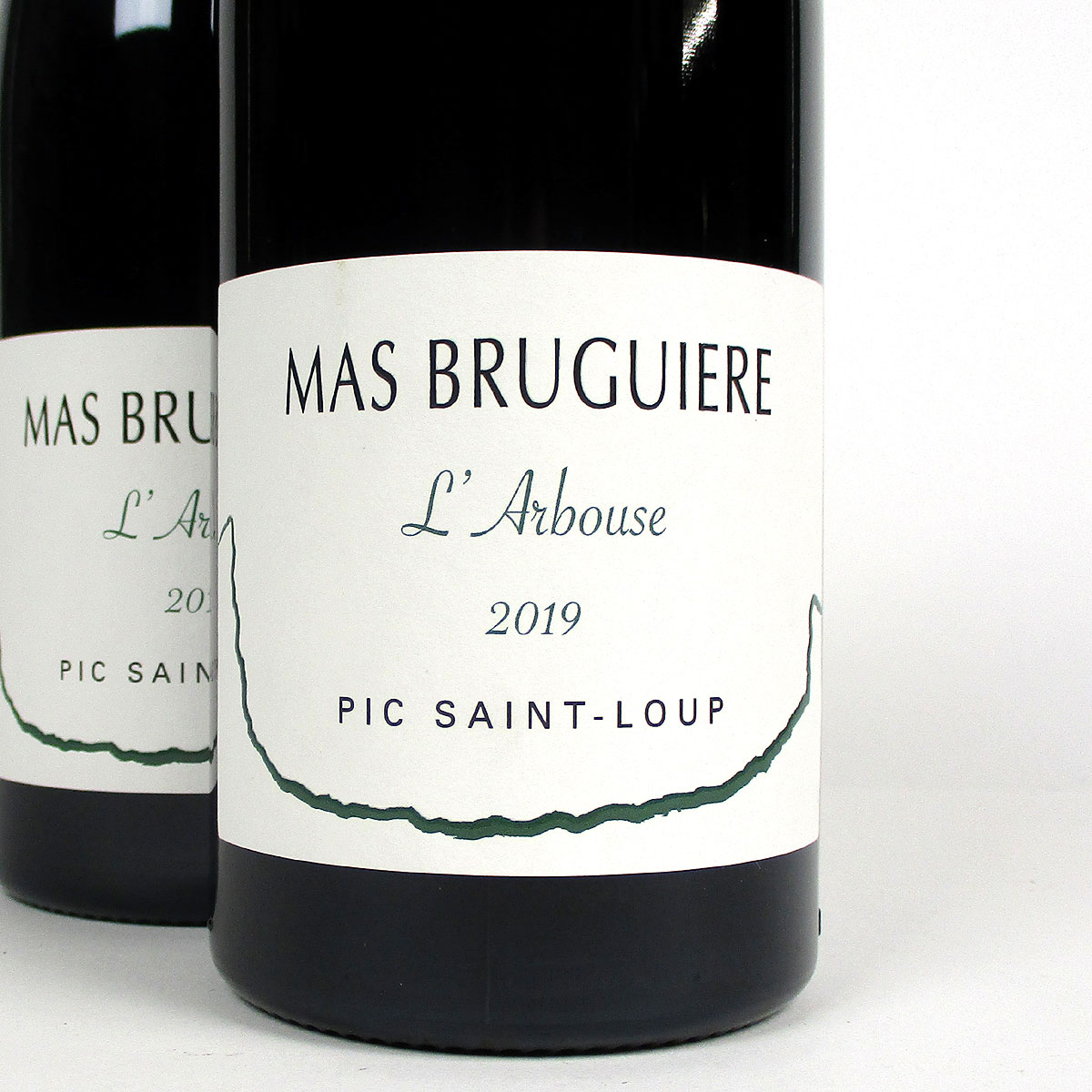 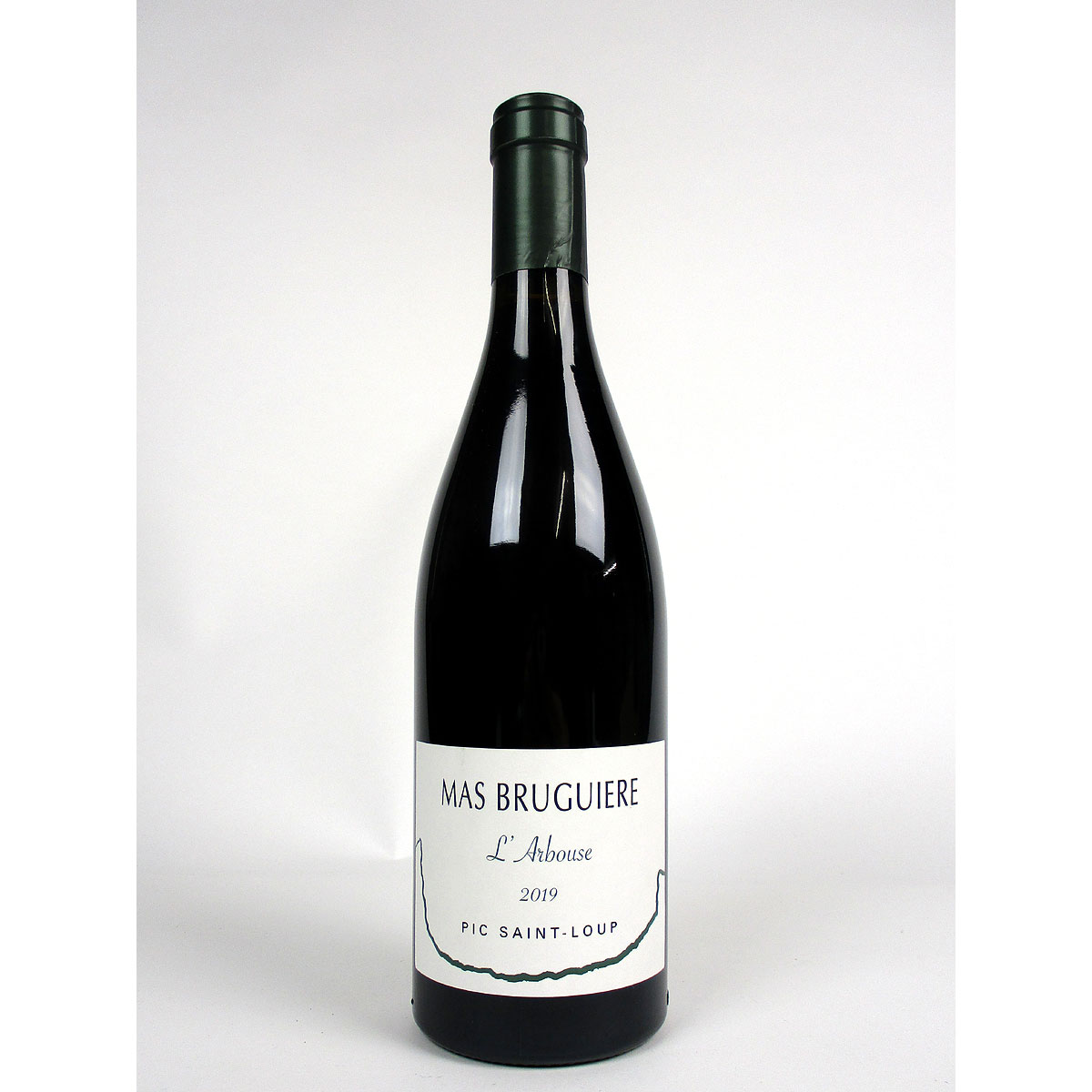 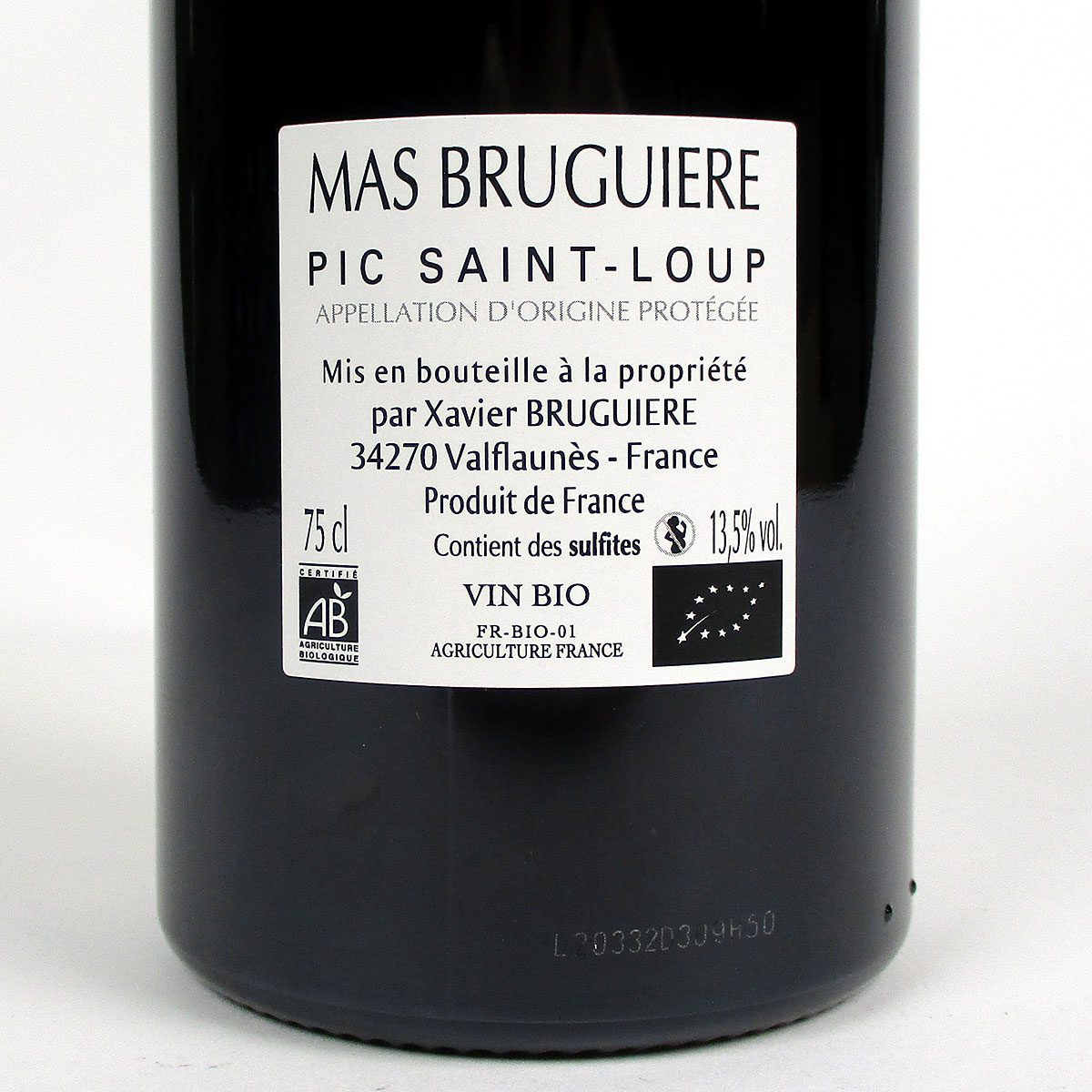 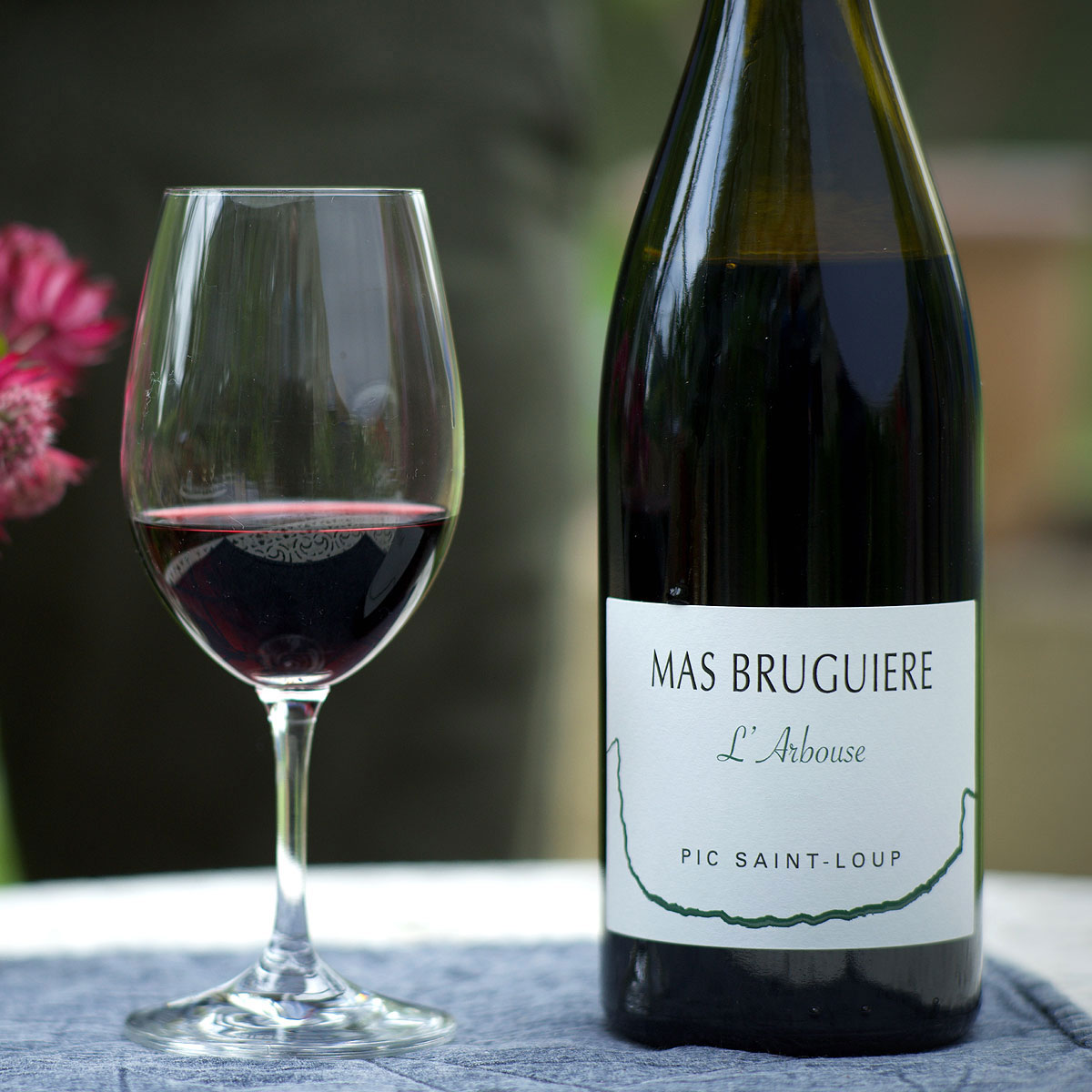 The Pic Saint-Loup Mas Bruguière 'l'Arbouse' is a rich, compelling red wine with a wealth of wild garrigue herb and berry scents and a lovely, pitchy palate of black fruit and fine-grained tannins.

Xavier Bruguière's Pic Saint-Loup 'L'Arbouse' has enjoyed the honour of being selected as a wine to accompany the table d'hôte menu by head sommelier David Galetti, at Le Gavroche, which is testament to both its value and versatility.

It is made from a judicious (and organic) blend of 60% Syrah and 40% Grenache Noir grown in the sweet spot of the cru, between (and on) the imposing escarpments of the Montagne d'Hortus and the Pic itself, and is named after the strawberry tree, which thrives in the Mediterranean climate. 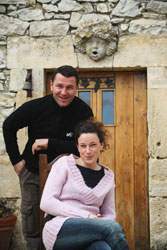 The Bruguière family have been making wine in Pic Saint-Loup since the Revolution and the 20-hectare plus estate is now run by Xavier and his wife, Marjorie. Mas Bruguière has been at the forefront of Pic Saint Loup's rise to Cru status (awarded from the 2016 vintage for red wine). The classic Mas Bruguière red is called 'l'Arbouse' and is named after the scrub strawberry tree that flourishes in the garrigue of the region. Its white sibling 'Les Mûriers' takes its name from the mulberry bushes which dot the area. The beauty of Xavier's wines is their simplicity and restraint, and it is what hasn't been done in the cellar here that is significant.

"Immaculately tended vines and a stunning film-set location in the Combe de Fambetou, wedged between the Pic and the cliffs of Hortus: no one who has ever visited Mas Bruguière will forget it. Guilhem Bruguière and, in recent years, his son Xavier produce grand, aerial classics, shrinking the domaine to 10ha and pulling away from small-oak ageing over the past decade to concentrate on the fastidious vineyard work that delivers wines of purity, aromatic refinement and subtlety of texture."
Andrew Jefford - Decanter magazine.

Grant Berry reviews the Pic Saint-Loup 'l'Arbouse' from Mas Bruguière - a Syrah / Grenache blend from the dramatic landscape of the Languedoc. Aged in large barrels with no oak and little sulphur, this has intense berry fruit aromas with well integrated tannins and a fresh taste. Serve with rich roasts or barbecued meats.