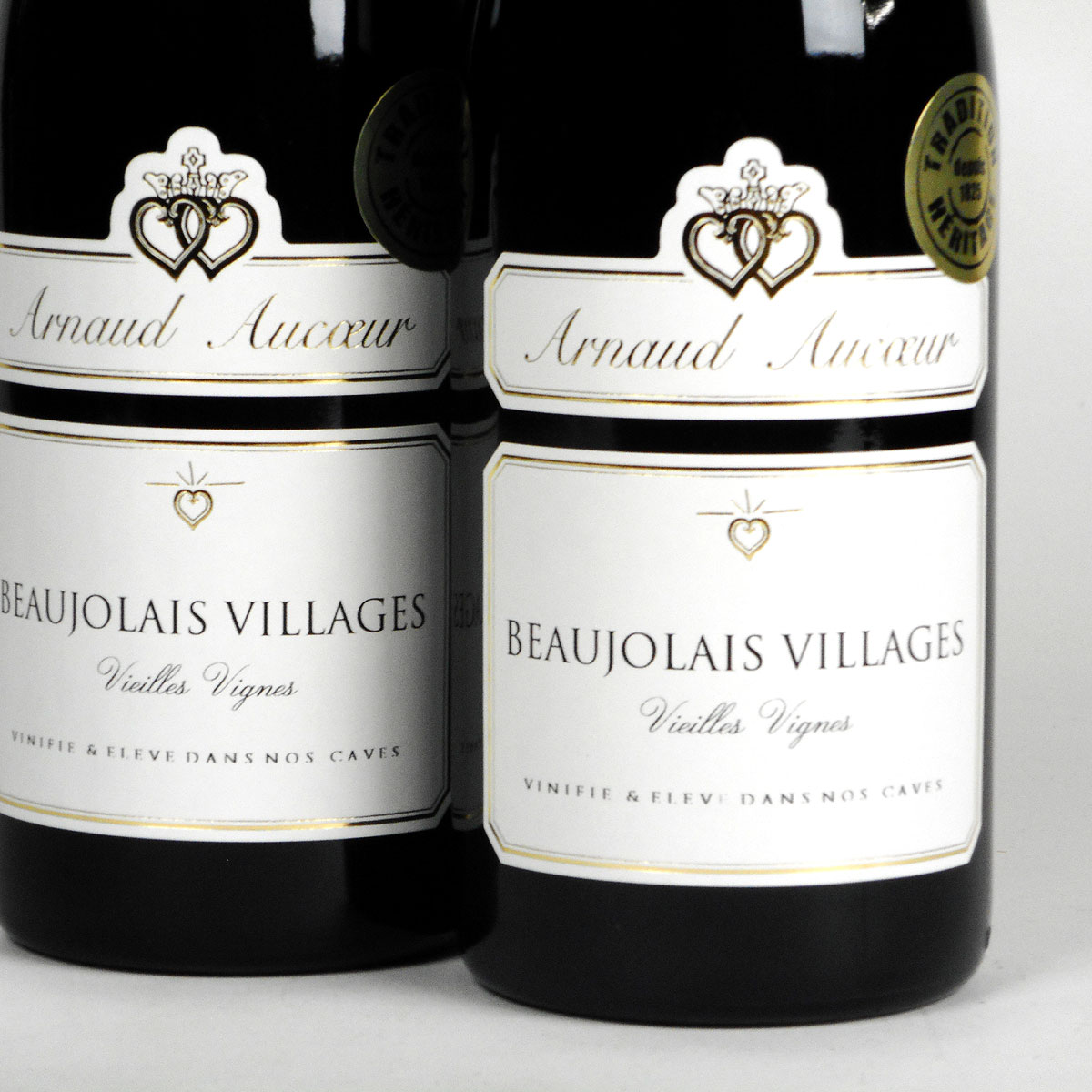 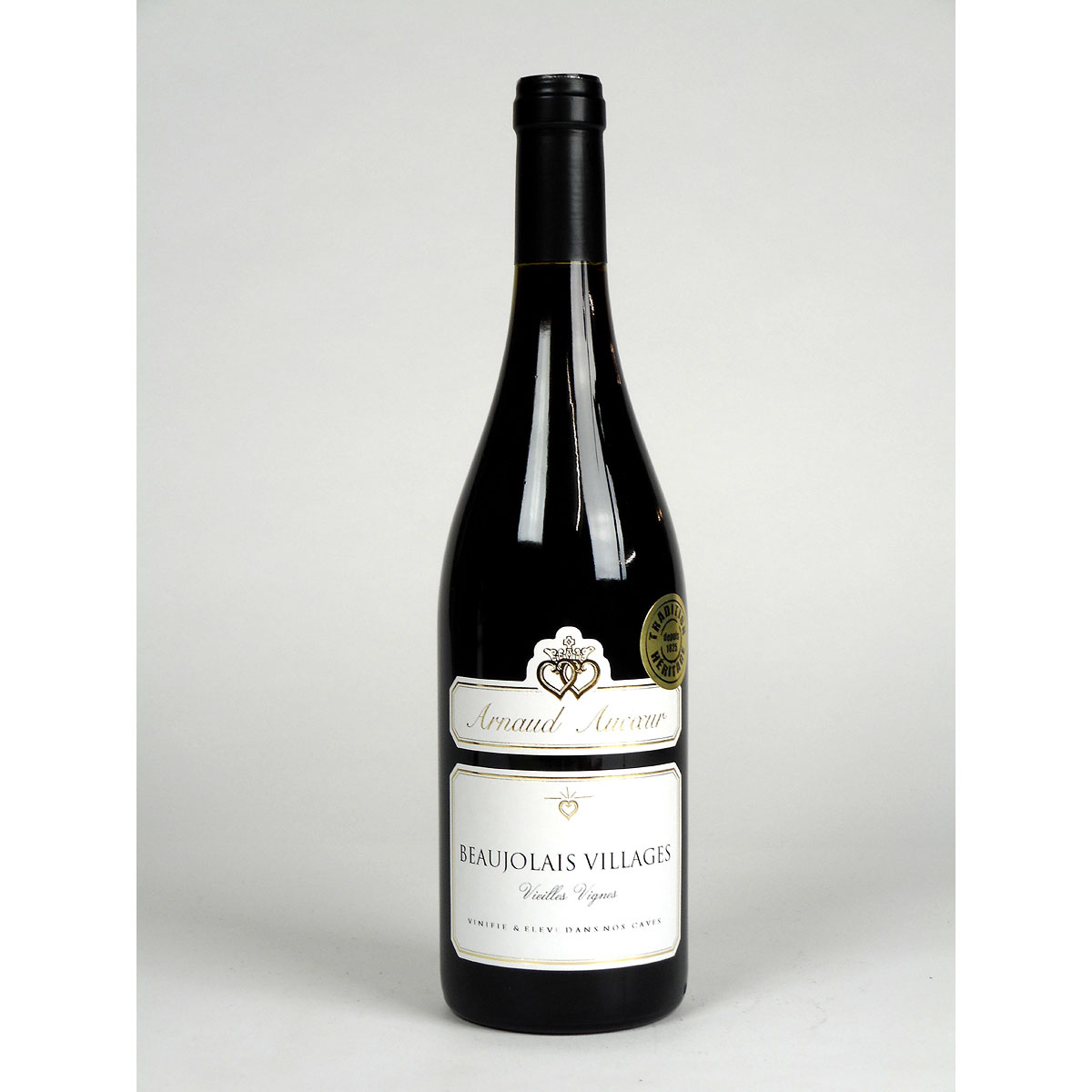 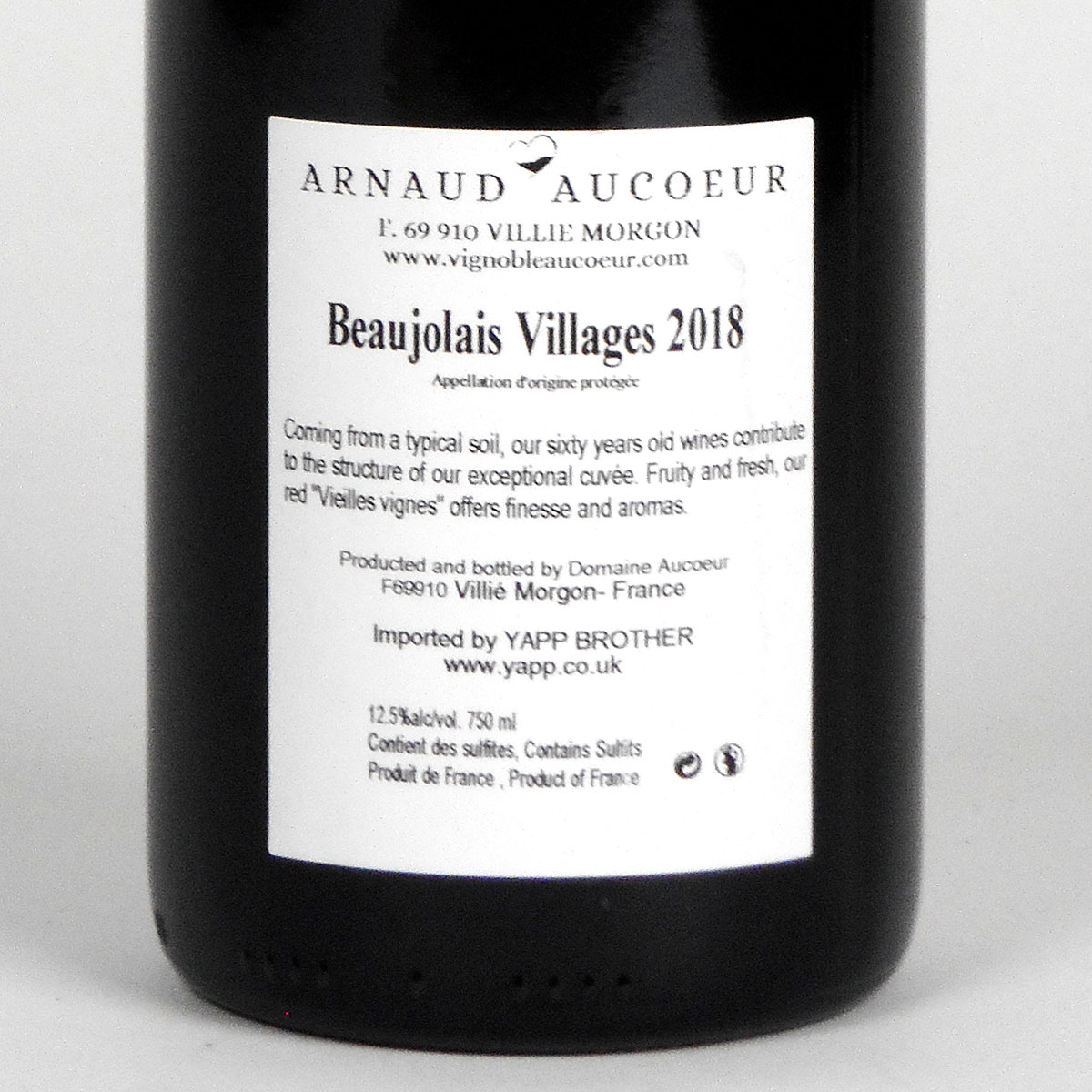 Beaujolais Villages accounts for around one-quarter of the Beaujolais region's output and comes from the granitic and schist hillsides of the north. 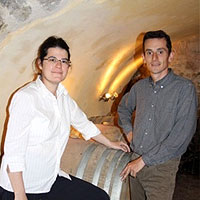 Arnaud Aucoeur is an eleventh generation vigneron based in Villié Morgon in the centre of the Beaujolais hills. He and his wife Melanie cultivate 20 hectares of vines in Beaujolais and, although they have parcels of vines in several crus, half their vine-holdings lie within their heartland at Morgon.

Arnaud is a pragmatic wine-maker with a strong respect for his family’s history and the local terroir. He tries not to intervene too much in the vineyard and his red wines, which account for 95% of production, are all vinified in 50 hectolitre wooden vats to allow for some micro-oxygenation but not to impart any oaky influence.