A Full House at the Works Canteen 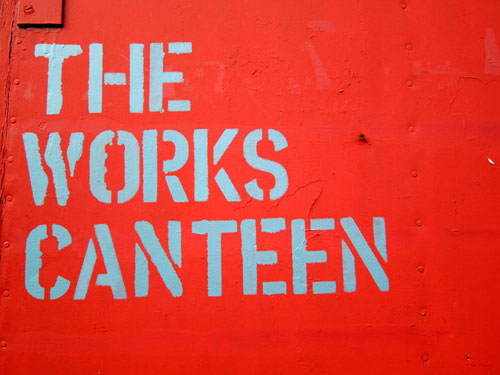 The Works Canteen (http://www.theworkscanteen.co.uk) is an exciting new addition to my home town of Frome’s gastronomic firmament so I was delighted to be invited by its entrepreneurial owners Phil and Liz to host a wine tasting and dinner there last Saturday evening. The Works Canteen is an upmarket café by day and sometime restaurant by night and its’ minimalist, urbane, interior, with long refectory tables and industrial lighting is a refreshing departure from the chintzy West Country tea-shops of yesteryear. 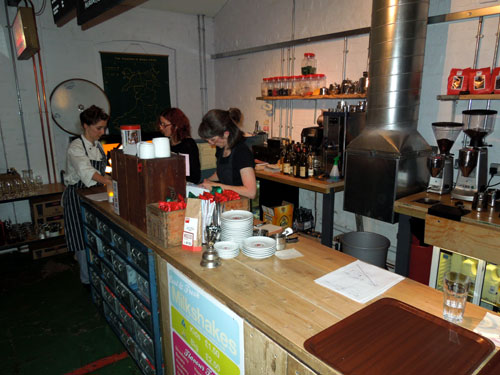 We didn’t have enough lead time in arranging this event for it to feature in an official Yapp mailing so we were reliant on our website and Twitter to promote it. Fortunately the denizens of Frome and its environs are switched on to social media and we were soon over-subscribed. Head chef Laura Bolt devised a mouth-watering menu to accompany selected wines from the tasting which we diligently and dutifully road-tested together the previous week. 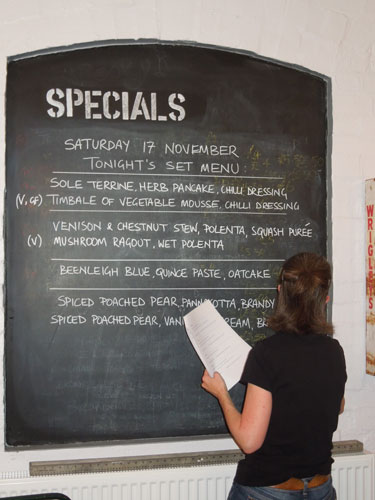 Playing to a full house of 50 people I rattled through a whistle-stop ‘Tour de France’ tasting of some of my favourite wines kicking off with a zesty, sparkling Vouvray and winding up with a rich, unctuous, sweet Monbazillac. Having got the formal part of the evening out of the way (and belatedly remembered to order our ‘home alone’ kids a take away pizza) it was time to relax, chat to friends and enjoy the Works Canteen’s terrific cuisine. Our starter was a terrine of sole served with a herb pancake and chilli dressing that was paired with a Viognier de l’Ardèche 2011 from the ever reliable Vignerons Ardéchois Co-operative. The heat of the chilli married brilliantly with the tropical fruit notes and silky texture of the Viognier so we were off to a great start. Our main course was a warming stew of venison and chestnuts which went down really well with Jean-Pierre Boisson’s crowd-pleasing red Vin de Pays ‘Petit Caboche’ – a classic Southern Rhône blend of Grenache and Syrah with oodles of ripe garrique berry fruit and spicy undertones. We were then served a Beenleigh Blue cheese with some delicious home-made oatcakes and quince paste followed by a divine panna cotta with spiced, poached pears. To keep things simple we partnered both of these dishes with the aforementioned, rich, honeyed Monbazillac: Domaine de l’Ancienne Cure 2010. It would be remiss of me not to mention 2 things on which many establishments fall down – bread and coffee. The Works Canteen excels at both which is unusual and reassuring – not least because I live a short walk away.

We left feeling sated and contented and as Victoria Moore observed recently in the Telegraph: "That is the whole point of good wines, isn’t it? Good evenings, and good company."