A Tour de France at the Cornerhouse

Our season of events kicked-off in earnest last Thursday with a Tour de France wine dinner at my local ‘The Cornerhouse’ in the delightful market town of Frome in Somerset. If you had told my teenage self that I would be extolling the virtues of Frome as an adult you’d have met with a reaction of disbelief. I grew up nearby and Frome was where you went if you wanted to get duffed-up on a Saturday night – any night really if you weren’t choosey. 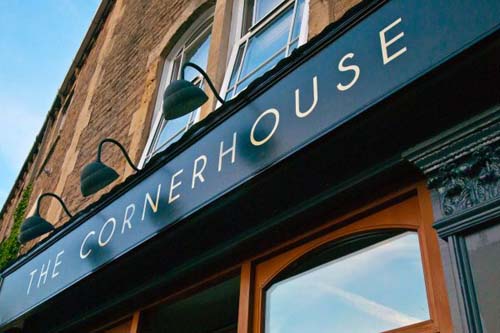 Contemporary Frome has embraced café culture (La Strada, Divas and The Little Red Café), boasts a brilliant independent bookshop (The Hunting Raven) and can even muster a quorum of people interested in the finer points of food and wine matching. Things just aren’t what they used to be!

Patron Martin Earley took over the Cornerhouse last February having scoured Southern England for a site with potential and a certain je ne sais quoi. He is passionate about good food and fine wine and took very little persuading in letting us take over his dining room for a soirée of gastronomic and vinous indulgence. As guests arrived we sampled a terrific array of canapés, including some excellent salmon and rare roast beef crostini, which we partnered with a Saint Péray Mousseux Brut made by Jean-Louis Thiers. This relatively-rare, bottle-fermented, sparkling Marsanne hails from the Southernmost (and second smallest) appellation of the Northern Rhône. It has a fine mousse, an attractive orchard fruit bouquet a fresh, bracing finish and proved a popular primer. Napoleon Bonaparte is alleged to have become a passionate imbiber of Saint Péray during his military cadetship in Valence in 1795. That may be apocryphal but the truth should never get in the way of a good story.

Our second wine of the evening, served alongside a deftly-cooked and delicious dish of Filets de Rouget (red mullet sounds like a bad hair do) with a tomato, garlic and basil dressing, was the failsafe Saumur Blanc 2010 from the ever-reliable Cave de Saumur co-operative. This crowd-pleasing dry white wine has the twin merits of being extremely flavoursome and inexpensive. It is made entirely from Chenin Blanc, a woefully underrated grape variety, and has zesty, citrus aromas, a lively dry palate and a wonderful affinity for seafood. Our bottling is adorned with a magnificent deep blue label depicting a De Galle-esque profile designed by gifted polymath Pippa Goldfinger (aka ‘Mrs Yapp’). 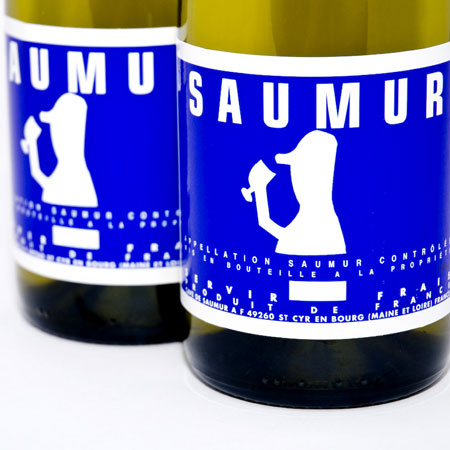 After a refreshing Sorbet au Citron, which the lady who was sitting next to me declared the finest she had ever tasted, we moved on to our main course of stuffed best end of lamb served in a vegetable broth. Martin explained that this was a recipe from the mountains of Corsica that he felt would be a sufficiently robust vehicle for a pair of chest-thumping reds - both in the promising 2009 vintage. First we served a Pic Saint-Loup ‘L’Arbouse’ from Mas Bruguière. Decanter magazine recently described it as “A seamless blend of Grenache and Syrah, with real character and notes of black cherry, blackberry, bitter chocolate, asphalt and herb-covered roasted meat.” It certainly went down well on the evening although it had tough competition from the Vin de Corse Sartène from Domaine Saparale. Unsurprisingly, this earthy, Maquis-scented blend of Nielluccio and Sciacarello married particularly well with the lamb and (if the empty bottle count is a testament to popularity) just found favour on the night.

Martin then introduced a patriotic brace of cheeses – a Bath Soft Cheese which was perfectly à point and a tasty ‘Gough’s Cave’ Cheddar (the only Cheddar made in Cheddar). At this juncture we somewhat indulgently served a Nuits-Saint-Georges 2002 from Domaine Paul Misset.

Our final course was a classic Tarte Tatin accompanied by a Monbazillac 2009 from Domaine de l’Ancienne Cure. The richly-honeyed, golden dessert wine complimented the caramelised apple to perfection and made for a fitting finale to a hedonistic evening. As my fellow diners dispersed I then enjoyed the rare pleasure of walking home after hosting a dinner. The team at the Cornerhouse had excelled themselves which is a very good reason to visit again in the near future!