At Yapp Brothers we don’t take ourselves overly seriously, so we were delighted to recently discover that our most-read blog ever was a posting on border terriers. In an effort to keep up the good work and possibly pick up an award for ‘wine blog least likely to feature wine’, here are some musings on our courtyard agapanthus forest. 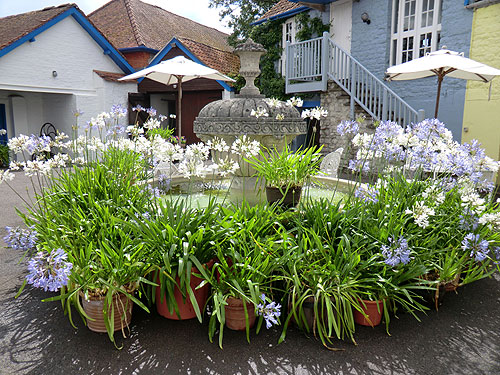 In 1964, when Robin Yapp had moved to the area as a dentist but had yet to begin importing wine, he spotted an exotic looking plant while driving through the chalk valley West of Salisbury. Having made it his business to find the name of this flower, he bought his first plants and these wonderful agapanthus became a feature of the courtyard in Mere when Robin moved there six years later. They have become quite a spectacle and attract visitors in their own right, although not quite on a par with our near-neighbours, Stourhead Gardens’ rhododendra.

Three years ago, Robin ushered me on to his terrace in Mere and suggested that I take some agapanthus bulbs from a small stash he has ‘split’ and replant them in London. I felt like I’d become a ‘made man’ and spent the next three years resolutely nurturing the little blighters in various pots as they became verdant shrubs. Yet not a flower or shoot appeared so, this year, while rapidly losing hope, I decided to re-pot them. Lo and behold, in June, a couple of pods sprouted. 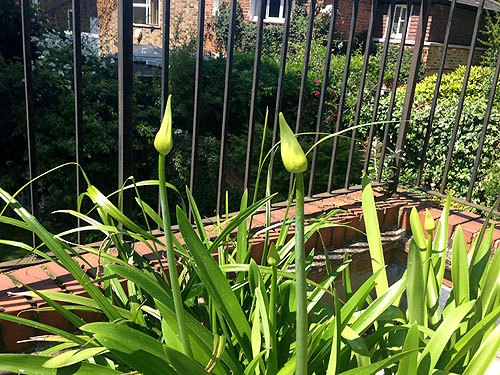 By July they had flowered and were up and running. 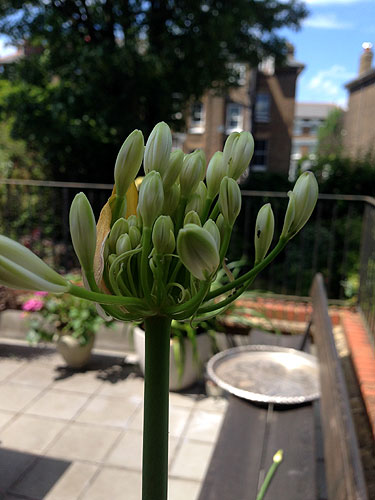 Perhaps the roots were constricted and it was the re-potting that did the trick? Perhaps, it was the passage of time as, like vines, they can take 3-4 years before flowering. We look forward to comments on this matter from the RHS.

OK then, as we don’t have a flipping border terrier to hand!