Bring out your dead – The Bunch dinner

On the eve of Bunch Wines Group Press tasting, all six members traditionally enjoy a dinner that also serves as an informal AGM.

This year the chosen venue was the excellent Medlar restaurant on the New Kings Road. Unfortunately, Medlar (a) isn't close to a tube station, (b) it was raining heavily and (c) Chelsea were playing a Champions League home match around the corner, so it was a taxi no-go area. Despite arriving drenched after a mile long walk from Earls' Court, the soaking proved worth it. 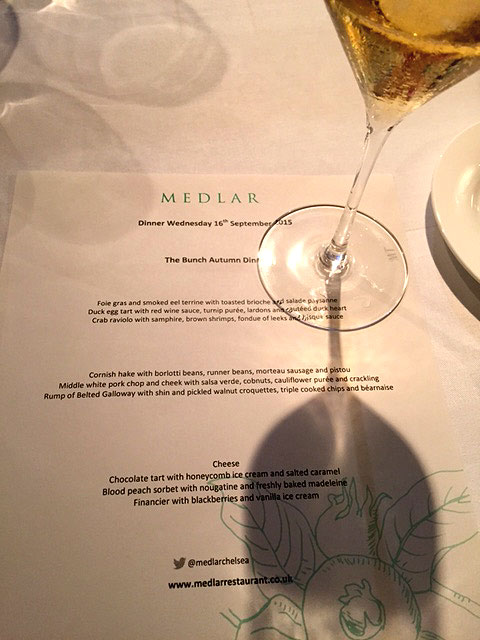 Should I have the crab ravioli or the duck egg tart? Oh decisions, decisions!

The wine theme was 'bring out your dead', with all six wine merchants proffering bottles that could be passed their best before date or might yet thrill. Hand on heart, I couldn't get excited about many of the whites. Burgundies from the 90s performed as badly as (sadly) anticipated and while many loved the 1976 Rioja Viña Tondonia (thank you, Tanners), I just don't get on with white Rioja. 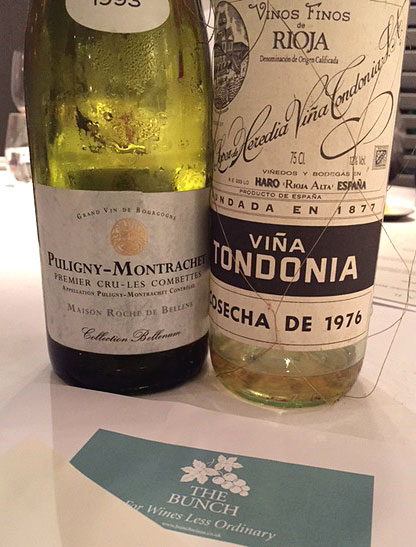 The reds fared much better, natch. Corney & Barrow came up trumps with a Tertre Rôteboeuf that was still strutting its stuff and then aced it with a dashing Volnay 1976. I had brought a brace of Gigondas St. Gayan 1988, a good Rhône vintage, made by Jean-Pierre Meffre's late father Roger when he was the President of the Appellation. The sweet Grenache flavours were going strong and the wine cemented my view that this grape variety ages far better than is credited. 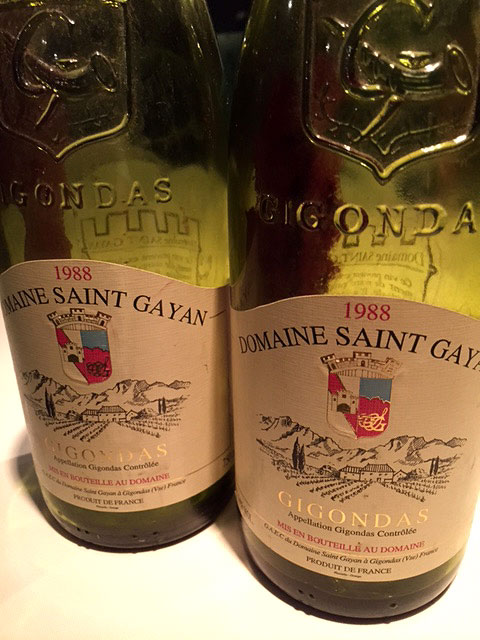 Final word must, however, go to Tanners for the wine of the night – Torres Gran Coronas 1970. This was the wine that established Miguel Torres' reputation when he planted Cabernet Sauvignon in Penedès in the late 1960s. This rare, early vintage (which also happened to be my birth year) had matured gracefully (unlike myself). It seems odd to say, but it had hallmarks of top notch old Rioja – leather and mocha. Sommeliers and merchants alike can grumble about the wine trade – long hours, low pay, bad backs, Christmas mayhem, but nights like this one are memorable indeed.