Like many people who grew up in the 1970s I had a succession of British-built, if not entirely British-manufactured bikes. My first proper bike, without the stigma of stabilisers, was a Raleigh ‘Rodeo’ which was eventually succeeded by a long-awaited and much-loved, sky-blue Raleigh ‘Grifter’. Most of my contemporaries coveted ownership of the hugely-successful Raleigh ‘Chopper’, and I was no exception, but my mum ruled that out on the grounds that their extended handlebars and seat that bore a disingenuous disclaimer that it was ‘not designed to carry passengers’ were too dangerous. Nil desperandum the Grifter was a pretty good substitute. It weighed a ton but looked good and as a prescient precursor to BMXs was designed for off-roading. It was eventually succeeded by a Dawes ‘Lightning’, a proper drop-handlebarred road bike with which I could readily undertake the 16 mile journey between my mum’s house in Castle-Cary and dad’s here in Mere whenever goodwill was exhausted at either address. The ‘Lightning’ represented freedom and, combined with a new-fangled Sony ‘Walkman’, entertainment on a level only dreamt of prior to that fortuitous and enduring coupling. 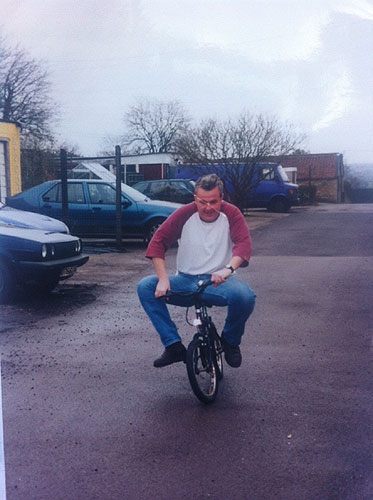 I really do need a new bike mum!

The Dawes was eventually replaced by an adult Raleigh ‘Elan’, one of the best ‘off-the-peg’ bikes of its day that was made from futuristic 531 tubing and, for me at least, fully lived up to its promising moniker. After years of faithful service the Elan finally gave up the ghost and was succeeded by a steel-framed, compact Ribble, which my 14 year-old son Alfred has now taken a shine to, and a black, carbon fibre Chris Boardman (which a friend bought in error) that is still going strong. 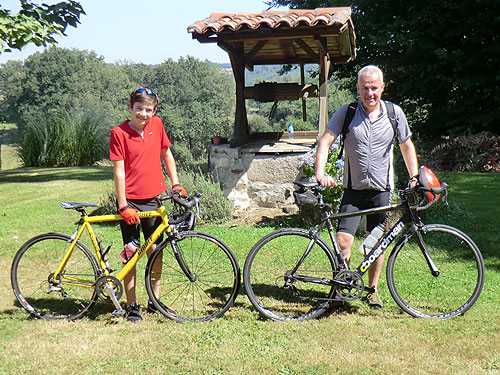 Back in 2002 seeking a portable bike that I could take on trains and zip around London restaurant accounts, whilst carrying sample bottles of wine, I convinced myself of the need in my life for a Brompton. Living at the top of a steep hill I had no difficulty talking myself up to the top of the gearing specifications and duly bought a British racing green ‘T6’ from Phoenix Cycles on Battersea Bridge Road. It was an instant hit. It looked great with the addition of a leather Brooks saddle and detachable front pannier and rode beautifully. There was even something of the Chopper in the gull wing handlebars. In my opinion Brompton creator Andrew Ritchie’s design is peerless although I aver that the bikes have never looked quite as good post the Brentford-based company’s management buy-out and Ritchie’s semi-retirement in 2008. Sadly, I did not heed the advice of Mike at Phoenix Cycles to always use a New York ‘Kryptonite’ lock when tethering my bike and in the spring of 2009, after a wine tasting at the Greenhouse restaurant, I deployed an inferior device when parking up in Berkeley Square and, in my 2 minutes absence, my beloved bike had been nicked. I reported its theft at Saville Row Police Station and they told me that I had almost certainly been followed by a professional gang in a van who steal bikes to order.

Of course, the only way of consoling myself after such a loss was to replace the bike so it was back to Phoenix Cycles for a black ‘M6L’ - that hill hasn’t got any less steep. This has served me almost equally well although perhaps it isn’t quite as majestic as its predecessor. Because the saddle is adjustable on Bromptons they are annoyingly kid-friendly and I now find myself competing with my sons for use of the trusty velocipede. Perhaps the best way forward is to invest in an even newer, shinier model. I hear tell that Brompton are releasing a limited edition S6L ‘Barcelona’, designed by David Torrents, now that would cut a dash on the streets of the Metropolis.