There aren't many appéllations in France that are epitomised by one family and their dedication to its advancement and the greater collective appreciation of its wines but the Clape family in Cornas (in the Northern Rhône) have set the bar high and remain at the forefront of its international renown. 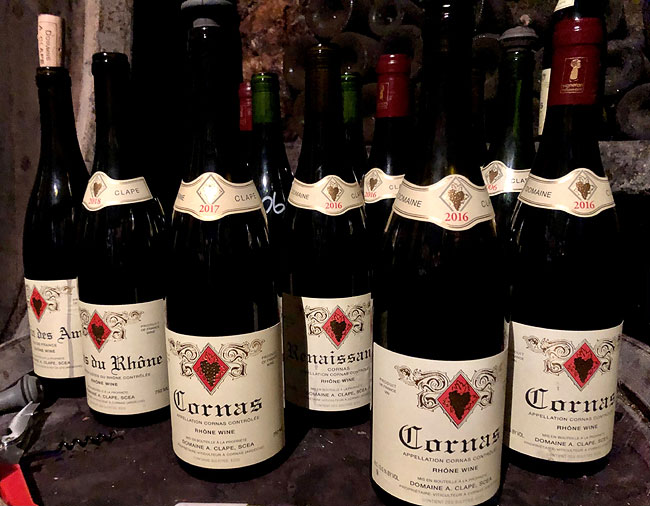 It wasn't always thus. When Auguste Clape gained 5 hectares of vine holdings (including 3.5 in Cornas), through marriage to his wife Henriette in 1949, all of the producers in the vicinity practised polyculture or 'mixed farming', cultivating fruit and cereals and tending livestock as well as making wine. The local wine was sold wholesale 'en vrac' to the bars and bistros of Vienne and Valence. 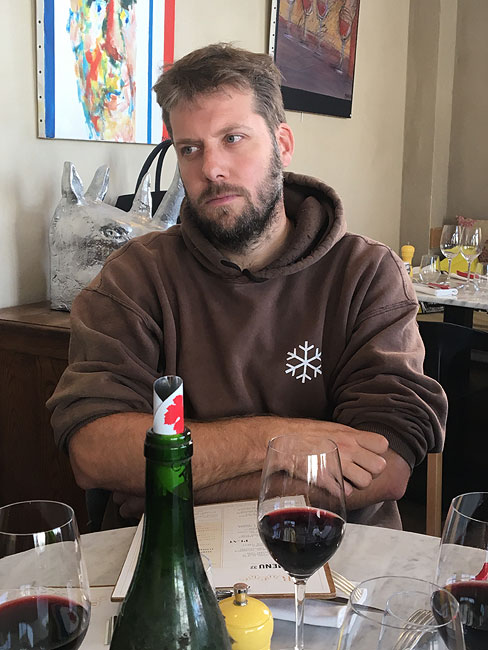 Auguste was a keen advocate of domaine bottling and the earliest tasting note for a bottled Clape wine that I can find is by Rhône expert John Livingstone-Learmonth for the 1969 vintage, which he tasted chez mon pére - Robin in 1991.

1969 - 4 Stars.
"The colour has held well, is a pretty pale purple, good sheen in it, and it has greater depth than the La Chapelle robe tasted with it. The nose is still reticent, but has latent warmth and promise. The palate is extremely typical Cornas, has excellent depth and is very thorough. Has the firm Syrah style, is on that typical grip of Cornas, offers some dryness, notes of very light pepper, some dryness in the finishing tannins. This can still drink well and show a bit more over the next 5 years, last until around 1998 – it isn`t slacking or loosening much, but its weak link will be the drying out. It shows a rustic edge on the finale – the Syrah of Cornas as opposed to the class and breadth of the Hermitage Syrah in La Chapelle 1969."
1998-2001 Feb 1991, chez Robin Yapp, Mere, GB.

Interestingly, the oldest vintage that we have in our cellars is the 1973, which although not rated as a stellar vintage by commentators, received a 6 out of 6 'star' rating by John when he tasted it with fellow journalist Steven Spurrier in 2014.

1973 - 6 Stars.
"Clear, attractive ruby red robe, a sage depth to it. This is very typical Clape Cornas on the nose, open one hour – it has floral, plum fruit airs with a lean towards Pinot Noir, graceful snap. There are peony flowers, rose hip, good lift – it is starkly beautiful."

We first shipped wines from Aguste in 1972 and the Clape dynasty gained in strength in 1989 when Auguste's son Pierre gave up a career in engineering to assist his father in the vineyard and cellar. In 2002 Pierre's son Olivier also joined the fold, marking the third generation to keep the faith. 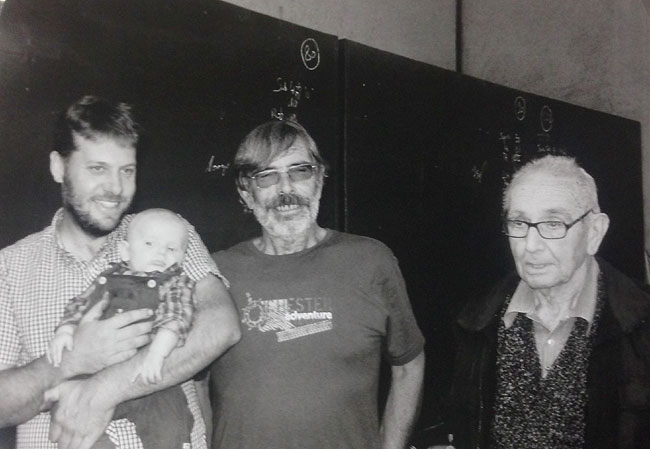 Four generations of the Clape family

Auguste died in mid-July in 2018, aged 93, having seen his beloved Cornas pass from being a footnote in viticultural history to an internationally acclaimed region with a unique granitic terroir and a worldwide appreciation. Perhaps more than the acclaim of his wines was his enjoyment at seeing his son and grandson follow in his footsteps and embrace his métier of understated vignernon and serious Syrah enthusiast.

One thing is certain Auguste's legacy is secure. The most recent vintage to be critically reviewed is the terrific 2019 which received the following review by Josh Reynolds on vinous.com:
"A highly complex bouquet evokes ripe black/blue fruits, candied flowers, olive paste, smoked meat, incense and potpourri, and mineral and earth notes appear as the wine opens up. Stains the palate with intense, spice- and mineral-accented bitter cherry, dark chocolate and violet pas-tille flavors that show wonderful definition and back-end cut. Velvety, slow-building tannins add shape to an extremely long, subtly chewy finish that delivers real power and mineral drive. 96-98/100."