'Clos Montmarte' – A Marvel in a Metropolis

Invitations from various vignerons to attend 'Wine Paris' a sizeable and diverse wine fair held at the 'Paris Expo' exhibition center in Porte de Versailles, that attracted 2,900 exhibitors, provided a perfect excuse to jump on the Eurostar and make for the City of Light. Held on 14th-16th February it was daringly early in the calendar at a time when the 'Omicron' variant of Covid 19 was spreading voraciously but people in the wine trade were tired of living life on 'stand by' and keen to meet up in person. 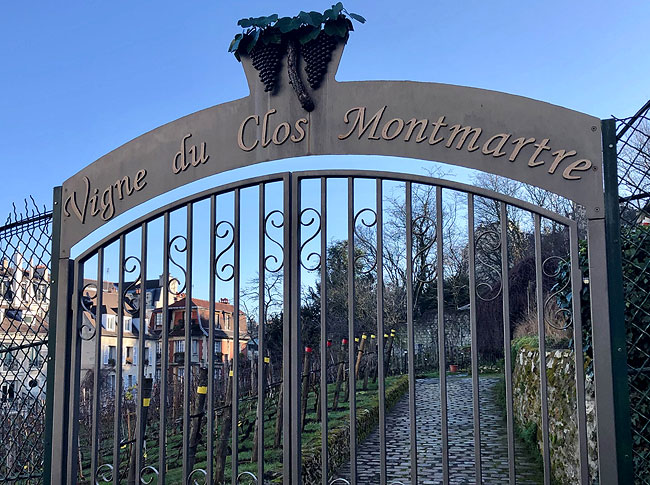 As the fair began on a Monday it seemed a good opportunity for a weekend in the city beforehand and I had several buildings, museums and sights that I wanted to visit. High up on that list was the 'Clos Montmartre' a fascinating urban vineyard that came into being after the illustrator and poster designer Francisque Poulbot successfully persuaded friends and acquaintances to lobby the government to purchase the land in 1933. His intentions were to push back against the tide of real estate encroachment and preserve one of Paris's oldest agricultural traditions. Vineyards were numerous within the city limits in the Middle Ages but the twin threats of the Phylloxera wine blight and Haussman's restructuring of the street plan put paid to the majority of them. 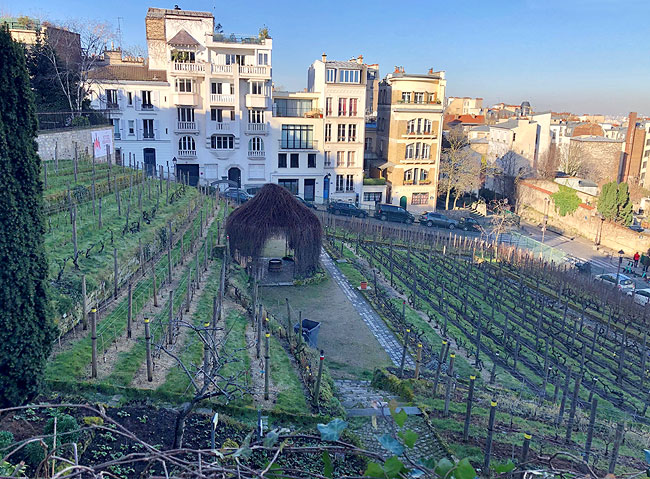 Tucked in behind the Sacré-Cœur basilica, the vineyard extends to just 1,556 square meters and is principally planted with Gamay and Pinot Noir although it is home to 28 different grapes in total. Since 1995 the wine-making has been overseen by œnologue Francis Gourdin who produces about 1,500 half-litre bottles each year. The wine is vinified in the cellars of the Mairie of the 18th arrondissement and each year local artists are commissioned to design the lables. The harvest usually takes place in October and although Francis concedes it is not an easy location to make wine it enjoys a great respect amongst locals who celebrate each year with a 5 day 'Fête des Vendanges' that includes singing, dancing and bien sur lots of food and wine sampling. 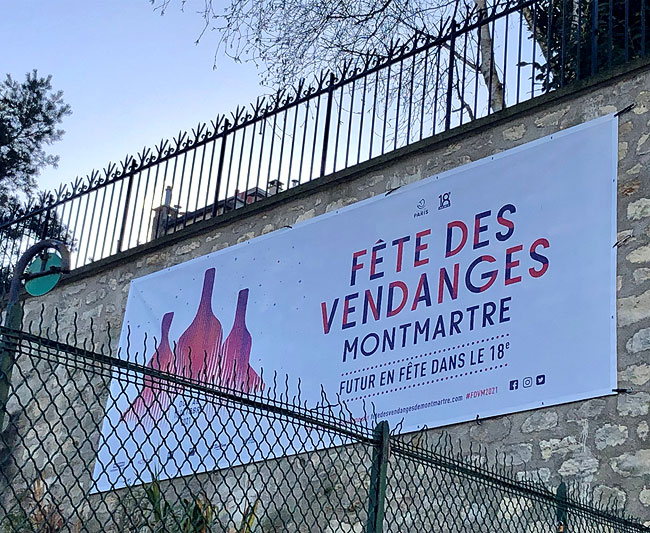 Those unaware of its existence could easily miss the terraces of neat rows of north-facing vines. It is not easy to see them and is worth paying the €10 entry fee to the gardens of the Musée du Montmarte (Renoir's erstwhile residence) to get the best view available. Incidentally, this is also the only ready source of the wine itself. Both red and rosé are produced and cost €35 a bottle.

The current vintage is the 2016 and it is interesting and original, if not 'grand vin', with 12.5% Alcohol By Volume and a good garnet robe but, let's not forget, it is Parisian, it is historic, symbolic and rare. So we should be celebrating it for what it really is an expression of freedom, community and continuity. Vive la France!