It was back in 2005 that Jason and I made our first foray over to the magical isle of Corsica, resulting in us shipping wines from Domaines Pieretti, Saparale and Torraccia. We (ergo, you, because we can't drink it all) have been enthusiastically enjoying the wines ever since. 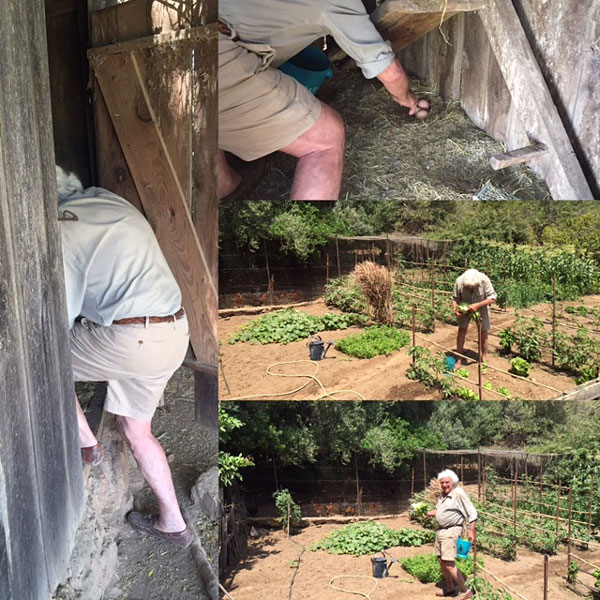 I was fortunate enough to recently interrupt a two-week family holiday in the south of the island with a lunch appointment chez Christian and Birgitte Imbert at Torraccia, just outside Porto Vecchio. Despite the fact that they were leaving on the evening ferry to Marseille in order to celebrate friends' 50th wedding anniversary in Carpentras, thereafter on to Paris for the Fête de la Musique over the Summer solstice, they were insistent that we share lunch together. Having kicked off with artisanal Corsican charcuterie from Christian's pig-rearing contacts up in the mountains, we enjoyed a tian made with eggs and courgettes from their kitchen garden. Côte de Boeuf followed, salad (again from the garden), a local ewe's cheese and fresh melon. Naturally, the wines of Domaine Torraccia were served alongside and Christian displayed pride that his son, Mark, is taking these to new heights. 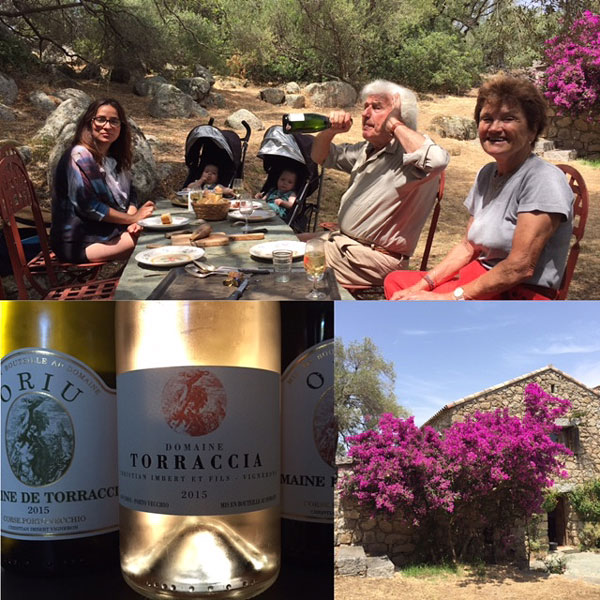 Over lunch, I asked French-born Christian whether he had been nervous about establishing these (organic) vineyards back in the sixties as, although welcoming to visitors, native Corsicans aren't known for embracing settlers. Twinkling, Christian explained to me that after completing his military service in the late 1940s, he had lived on the road with Berber tribesmen in the Magreb for two years - "After that, nothing really phased me" he recounted.

Before we left, Christian escorted me to the kitchen garden to stock up on fresh eggs and lettuce before loading me up with enough Corsican sausage to cause a suitcase situation. Happily, the charcuterie made it past both baggage handlers and customs and I assume that the indefatigable Christian & Birgitte made their ferry!