The last three offerings served up by my Literary Association (alright 'Book Club' if we must avoid pretension) have been pretty hard to digest. Kurt Vonnegut's debut novel 'Player Piano' is set in a dystopian future where machines are taking control, Malcolm X's autobiography didn't have many laughs and Richard Yates' 'Revolutionary Road' was beautifully written but unutterably depressing. Fortunately, I get to select the next morsel for our delectation and I shall stick firmly to what I know and like – crime fiction.

Quite why I perceive tales of death and detection to constitute a cosy night in I am not certain but I guess it is to do with enjoying people being in a worse pickle than I am and then order being restored by a clever and determined grown up. Continuing a long tradition from Agatha Christie and Arthur Conan Doyle we have plenty of home-grown talent such as Colin Dexter, Ian Rankin and Stuart Neville but for really dark double-espresso noir I like to cast my nets to the Continent. The advantage of this, especially in the summer holidays, is one gets the added bonus of an evocative foreign backdrop as a stimulating side-dish to the main course of homicide. 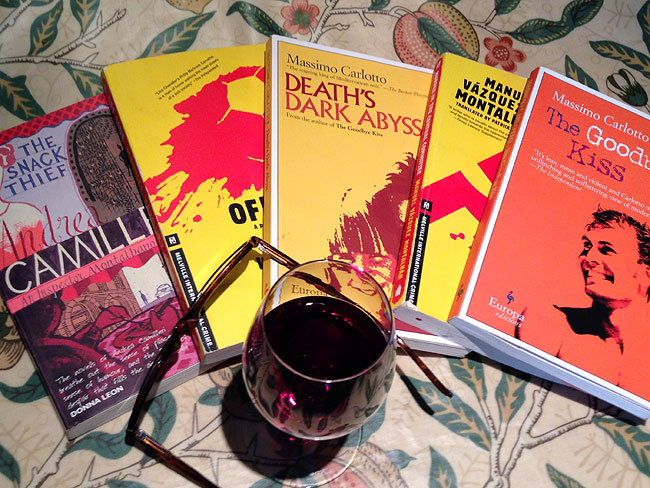 The list of authors I could recommend is long although the best books to travel with, look at and (let's face it) be seen with are all published by Europa Editions whose production values are second to none. Massimo Carlotto and Jean-Claude Izzo both came to me via Europa for no better reason than my liking the covers and I commend both to you for holiday reading. If, like me, you have an over-active interest in food and drink then there is no better author than Manuel Vásquez Montalbán whose principal protagonist Pepé Carvalho is a wonderfully anti-establishment gastronome who is given to frequent epicurean flights of fancy. Incidentally another excellent crime writer Andrea Camilleri, who had his first best-seller in 1992 at 67 years of age, named his Sicilian sleuth Commissario Salvo Montalbano in homage to Montalbán. His work is similarly studded with indulgent food and wine references which make for appetite stimulating consumption.

If you want really dark noir it is best to head for cooler climes. Henning Mankell's Kurt Wallander series is unfailingly reliable but his predecessors Maj Sjöwall and Per Wahlöö's 'Martin Beck' books stand up very well 4 decades after they were written. Icelandic author Arnaldur Indridason's isolated and introspective Inspector Erlendur should make the bitterest amongst us feel cheery by comparison after which you may want to warm up a bit. 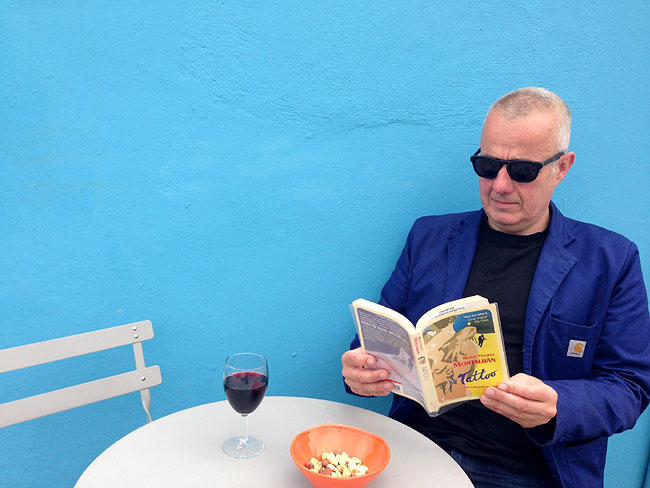 My final recommendation takes us to Greece where we should all be holidaying if only to inject a bit of cash back into their benighted economy. Petros Markaris's novels featuring Inspector Costas Haritos are not widely available in English but are worth seeking out for their clever-plotting, insightful portrayal of modern Athens and, of course, copious culinary observations. Kupia Haritos' legendary stuffed peppers fostered such interest from readers that Markaris was obliged to publish the recipe!