The British asparagus season officially opened on Saint George's Day (23rd April) and runs for just eight weeks until June before it goes in to another ten month recess. We should therefore enjoy it as frequently as possible when it is readily available as it is one of the world's culinary delicacies and should be championed in its' heartland. I've suggested many methods of cooking English asparagus over the years from oven-roasting through to barbecuing but the older I get the more I am drawn to keeping things straightforward and simply boiling or steaming it. Of course, the quality of what you buy in the first instance is paramount. I avoid imported asparagus and I'm not enthusiastic about overly 'fat' late-season stems which take longer to cook and can taste tough. It is worth buying asparagus as fresh as possible and cooking it simply and pairing it carefully with other ingredients.

Asparagus favours free-draining, sandy soils and good light levels which is why it fairs well in coastal regions such as Norfolk. It is high in vitamins K (which promotes blood clotting) and C (which boosts the immune system) and widely regarded as one of our health-promoting vegetables. 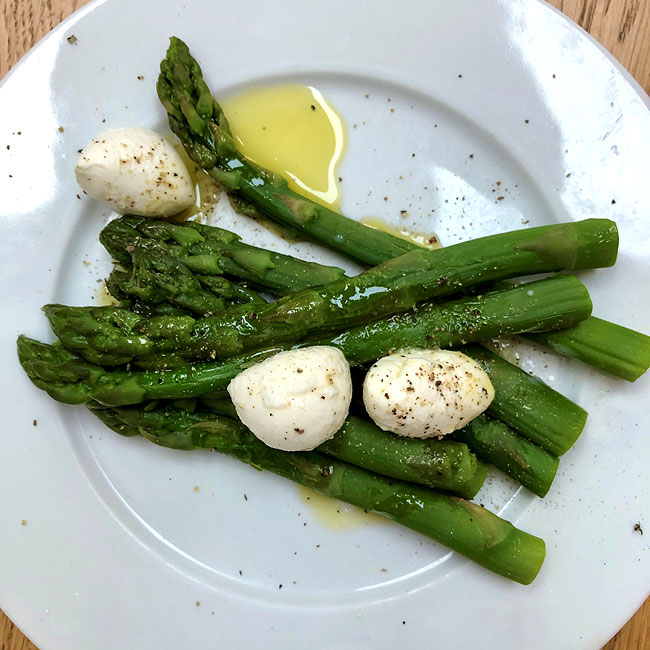 After briefly rinsing and de-tailing a bunch of asparagus I steam it in a shallow lidded pan for between 3 and 5 minutes according to taste. Remember, it will continue cooking (even if 'refreshed' in cold water) after it has come out of the pan so it is better slightly under-cooked than overdone. I dress the cooked spears with extra virgin olive oil, salt, pepper and lemon juice. I'm perfectly happy eating asparagus without any other accompaniment but a poached egg can add a je ne sais quoi, as can mozzarella or grilled haloumi.

The key things to remember are to buy as locally as possible, cook it simply and eat it frequently during its' short but magnificent season. 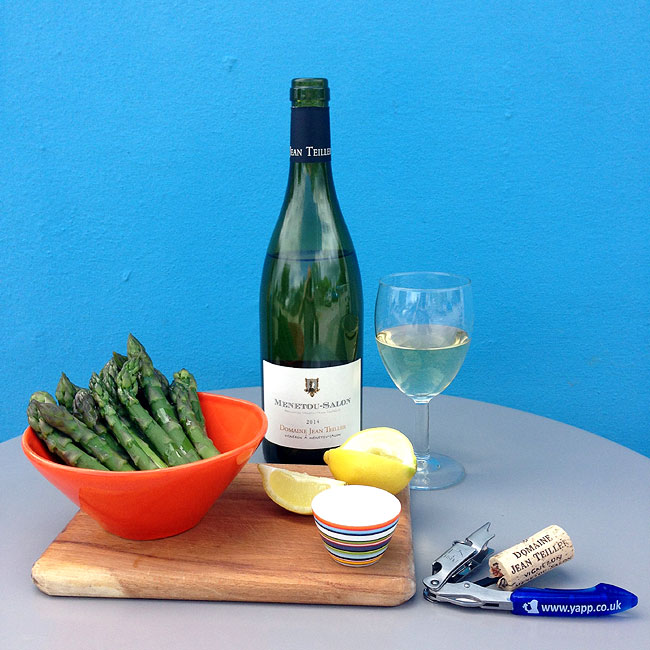 Wine-wise I would favour something dry, white and aromatic that hasn't seen any oak influence. Sauvignon Blanc works well – the Teiller family's crisp, citrus-scented, organic Menetou-Salon would be ideal.