(Not the) Great Chalfield Ball

Readers of this blog may remember past musings around the Great Chalfield Ball – a local bash held in the grounds of our local National Trust Stately home. It’s a bit of a ruse really when you’re asked to cough up £25 per head – but then take your own wine and food for your own al fresco picnic. My wife and her partner in crime on this new venture (Nikki Mortimer) decided to change things around this year a bit I think with the idea of using the £25 per head fee to help cover food and wine and hold the bash in Nikk's garden. 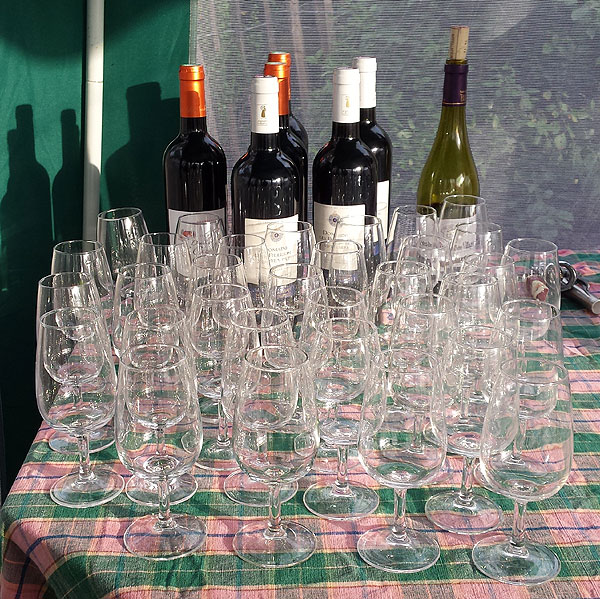 The ease at which the 'Usual Suspects Ball' was arranged was clearly assisted by social media – my wife is never backwards at organising things given half a chance, and thankfully apart from assembling various gazebos in the thunder of Saturday morning I thankfully got away lightly, just sorting out some wine, glasses and baking a few loaves of bread.

The group all donned best attire and we started with chilled glasses of Crémant de Limoux Brut Cuvée Selection, an ideal first drink as by now the clouds had cleared and the sun was out for the evening. Then some more Yapp staple crowd pleaser - Côtes de Thongue: Domaine Les Filles de Septembre 'Tradition' 2013, our ‘own label’ Saumur Blanc 2013 and a few bottles of Minervois: Domaine Le Cazal Tradition 2013. The evening flowed along with various cocktails, and again the digital age helping out with an iPhone set up with the frankly marvellous Spotify premium – so everyone could choose songs that suited them – clearly a diverse range of tunes filled the night air. Tempted as I was to put on The Felice Brothers “The Greatest Show on Earth” as a nod to Gavin's red tonic suit and a not being at Chalfield Manor (the lyric being “I'm in a suit of Burgundy, there's a deer head lookin at me.”). 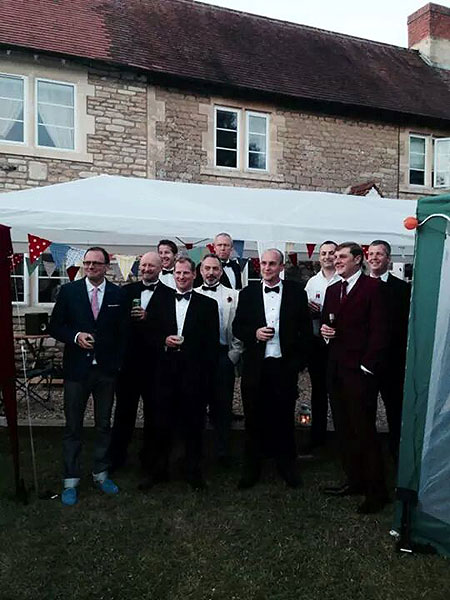 Safe to say, a good time ensued – everyone got home (eventually), no one fell in ponds on the common on the way back (that has been known) and next year's bash is already booked. As I drove past Great Chalfield Manor on the drive into work this morning, there was the annual ‘please park under the trees’ instruction for their Ball – I think ours had a bit more going for it. Well, we certainly had the same food and wine – but we could count an extra fire pit, a much more eclectic playlist and a much later licence for dancing!

Same time next year then?
Why not.