I’ve never been sure why I was blessed (or is that cursed?) with a need to see patterns in everything. Clearly sometimes they just don’t exist but this fact sadly doesn’t stop me from looking. One of my favourite paintings (Jackson Pollock, Blue Poles 1952) intrigues every time I see it – there’s patterns aplenty in a sea of colour but they seem to change on every revisit.

So, if patterns are my theme of the day - if anyone shares this disposition – here’s a quick test – answers at the end!

Every month (yes, that’s a pattern) I send my, soon to be 4 year old, nephew a CD of songs (that’s a ‘CD Burn’ for anyone under 20 or a ‘mix tape’ for anyone over 20) that I think he should hear. I’m not really that bothered if he’ll like them but at least he will have heard them so he can make his own choice. This is for his musical well being – my sister is still prone to playing music just from the 1980s – and we all are aware of some of the howlers there. I also play through the selection to check that’s there nothing untoward lyrically in the mix since he went to nursery singing a song that I’d forgotten contained a few swear words – that sadly neither Charlie or my sister has let me forget. I played track 1 of his last selection on the drive into work today, it was the impetus for today’s blog – it’s hidden in the numbers above. 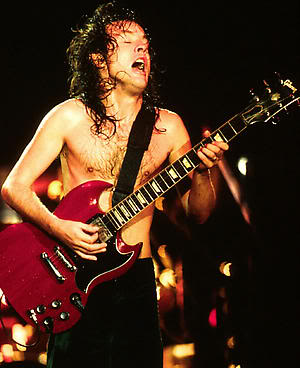 Patterns abound everywhere and the wine trade is far from immune. It’s the numbers and the seasons – I certainly drink more Loire red in the summer than I do the winter. I opened one of my favourites (Chinon: l'Arpenty) in January this year and despite the weather it still tasted of summer. Everyone talks of a certain year being better than another, so fits in with how my mind works – so for southern rhône reds 2007>2008. Then I hear that we’ve just sold a ‘vertical’ – patterns, patterns and more patterns!

So, now for the answers:

XX05-XX10: Jancis Robinson’s rule of thumb with vintages “I say, confessing that even I as a wine professional can’t carry a vintage chart for every single wine region in my head, that the last few vintages divisible by five were pretty good for most wines: 2000, 1995, 1990 and 1985. (The rule breaks down at 1980 but people who choose to drink 25 year-old wine in a restaurant need no help from me.)”
42-39-56: The vital statistics of an Antipodean lady encountered by Bon Scott in Tasmania in the 1970s (AC/DC’s Whole Lotta Rosie)
05-07-09-10: Solid Rhône Vintages – check out our current best sellers here!
https://www.yapp.co.uk/Wine-List/Rhone-Wines/