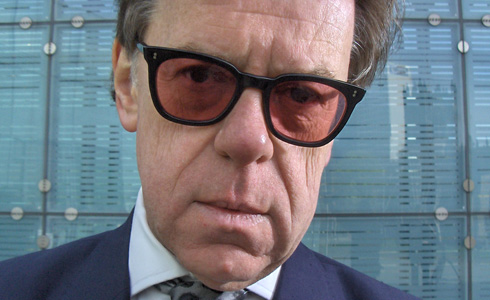 I first became aware of Jonathan Meades back in 1993 – I was an undergraduate at the time, studying in Portsmouth. With what could be seen as a high degree of resonance, I spotted his book ‘Pompey’ in a book shop beneath the Tricorn Centre, Portsmouth’s original contribution to Brutalist architecture which received a commendation from the Civic Trust in the Sixties, condemnation as one of the ugliest buildings in the UK in the Eighties, and finally a wrecking ball in 2004. 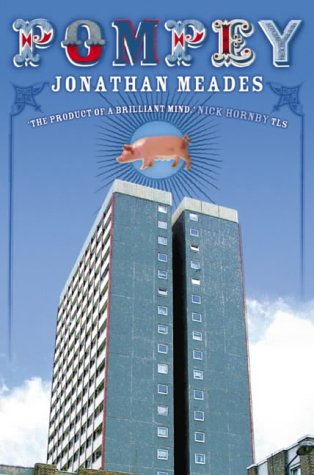 Being typically skint, I didn’t buy the book there and then. I returned later to make the purchase, but it had gone – all copies sold out. There were no more available to order, the print run exhausted. Knowing that the book had received rave reviews, I kept an eye out for a copy in second hand bookshops with no luck. The one friend who I knew had a copy moved to Malaysia to avoid lending it to me. Several years passed until I found a dog-eared copy, which I replaced with new when it was finally re-printed.

Moving forward into the new millennium, hunting down a printed book in second hand shops seems bizarre. With the advent of the internet, within seconds I can find a title via Google, purchase it with one click from Amazon, or buy a copy of dubious origin cheaply from Ebay, and have it delivered to my door next day for a quid.

Whilst the potential to discover any product or piece of knowledge via the internet immediately is an amazing gift, one consequence is a decrease in direct purchases from their creative sources. The ease with which books can now be purchased, read, and subsequently sold on means fewer people are buying books new – hence lower royalties for the author. If a used book purchased online is out of print, then the author would not be receiving an income from this sale anyway. But a second-hand purchase of a book still in print is a sale lost to the author. Traditional publishing is also a changing business – Amazon report sales of electronic versions of books now outstrip paper copies, and the rise of self-publishing electronic books negates the need for a publishing house or printer. The result - a glut of dross. ‘Fifty Shades of Grey’ has now out-sold ‘Harry Potter’, a statement which fills me with despair on multiple levels. 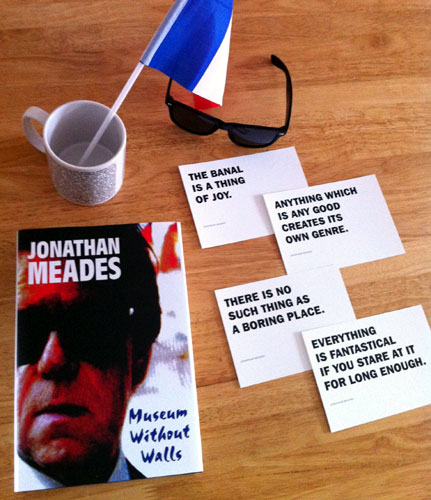 So it was interesting to see the method with which Jonathan Meades’ new book ‘Museum Without Walls’ has been published, via the Unbound publishing house. They have revived a system popular in the nineteenth century where a group of subscribers pledge support to an author, to enable a book to be written. In return for early payment, subscribers receive both a mention in, and a signed copy of, the book when it is finally published. In the case of Unbound, the copy of the book was also packaged with a raft of Meades-based ephemera, including a pair of dark glasses so that we subscribers can pretend to be Meades himself, albeit briefly and in private before we are caught and shamed.

Is the book any good? Given that I had nearly a decade of anticipation before I finally managed to read ‘Pompey’, I think I’ll leave it on my desk a bit longer yet before starting. If it’s not on Ebay in a couple of weeks, then I loved it.