Presidents, Prime Ministers and a rosé to try before you die

Some wines receive more attention than they deserve, others are scandalously un-championed. Angelina Jolie and Brad Pitt’s Château Miraval rosé has been getting quite a following in the past few years. It’s a good wine, and so it should be given that it’s made by the Perrins (of Chateauneuf’ Beaucastel fame), but it ain’t the real deal. If Miraval is the new kid on the block, Château Simone represents Provencal royalty. 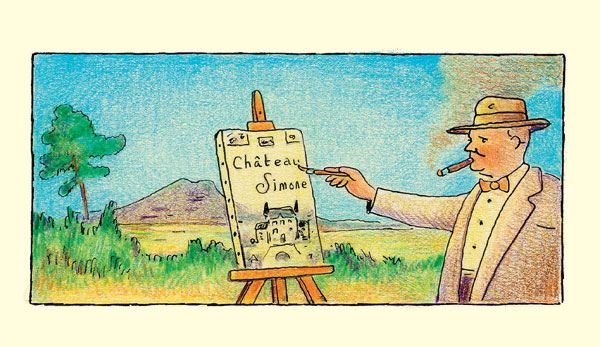 The Rougier family have farmed the 17 hectares of north-facing vineyards at this 16th Century Château (and former monastery) on the outskirts of Aix-en-Provence for 7 generations. The estate forms two-thirds of the tiny 25 hectare appellation of Palette (which is permitted to use a bewildering 17 different grape varieties). Winston Churchill was a family friend, regular visitor to the Château and keen consumer of the wines ("My tastes are simple: I am easily satisfied with the best." Winston Churchill).

A framed menu on the cellar walls notes that, when the well-to-do residents of Aix hosted a lunch for Presidents Mitterand and Berlusconi, white Simone was served with the starter. Simone rosé is one of only a handful of rosé wines that feature in Neil Beckett's book '1001 wines you must try before you die', while the red received one of our all-time favourite tasting notes in Henry Jeffreys’ ‘World of Booze’:
"I’ve fallen in love with the wines of this venerable Provincial Estate. The red, a blend of nearly every grape in the world, tastes like a sort of heady Levantine claret. Imagine Suleiman the Magnificent enjoying a moment of intimacy in Château Léoville Las Cases, and you’re nearly there." 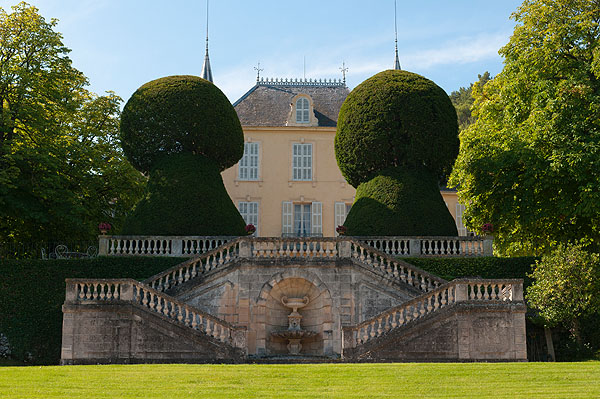