You know that your accommodation is at the lower end of the spectrum when you receive an email prior to arrival listing additional charges for sheets and towels. It didn’t matter too much as within half an hour of getting to Luz-Saint-Sauveur, 10 km south of Lourdes in the Pyrenees our studio kitchen resembled a bike workshop. 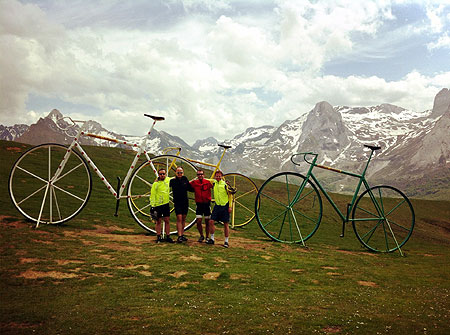 Honey I Shrunk The Cyclists

The recon trip with four fellow ‘Etapers’ had started out well as we managed to get all five bikes boxes and personnel into a Citroen Jumpy at Toulouse airport and then re-assembled the bikes within an hour and were heading off up the Col de Tourmalet. Three miles into this first climb my bike suffered a rear tyre blow out and, like a tortuous game of snakes and ladders, I had to gingerly descend to base camp to change the tyre and inner tube, before re-embarking on the 11 mile ascent. ‘Mes amis’ hadn’t waited for me, but my (now solo) mission took on new energy as a I slowly reeled in a cyclist who I could see on the mountain road about a mile ahead. My delight at catching this ‘grimpeur’ was somewhat tempered when I saw that I had at least 20 years of youthful advantage on him. He then doggedly stuck to my rear wheel repeating ‘C’est dur!’. I swear he nearly met a nasty fate on a hairpin bend, before I managed to finally drop him near the mist-shrouded summit (2115m). 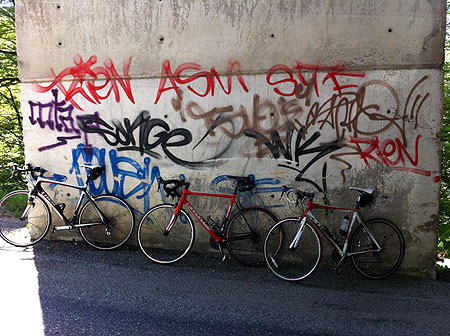 Sheltering from the sun on the Aubisque

Over the next two days we tackled the eight mile climbs of the Col d’Aspin and the Col de Peyresourde (although we were frustratingly turned back from the top of the latter by an impressive electrical storm), as well as the 11 mile Col d’Aubisque. Now we just have to come back in July and do them all on Bastille Day! 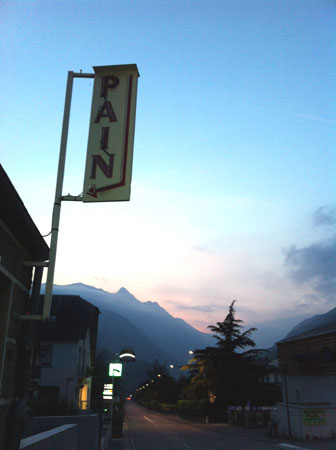