An audience with Jean-Louis Chave at his HQ in Mauves is always a pleasure and he has a gift for succinctly describing the different facets of any given vintage. This is a fascinating insight into his fastidious attention to detail and profound understanding of the vine-holdings over which he presides. 2014 was a 'vintage of the hills' where the free-draining granitic slopes yielded quality fruit that will form the core of his Saint-Joseph and Hermitage. 2015 'could be the opposite' whereby clay soils on flatter parcels retained much needed moisture during a hot summer. Fortunately he has a broad palette of fruit from which to fashion his final 'assemblages' and, as ever, chez Chave if it doesn't fit the context of the vintage, it doesn't go in the final blend.

As we had established the previous day in Condrieu, 2014 looks to be a highly-promising vintage for Northern Rhône whites and barrel samples of red Saint-Joseph and Hermitage had all the components of classic wines, perhaps not blockbusters, but serious Syrah of great finesse. We look forward to revisiting both vintages in the future and seeing how they evolve. 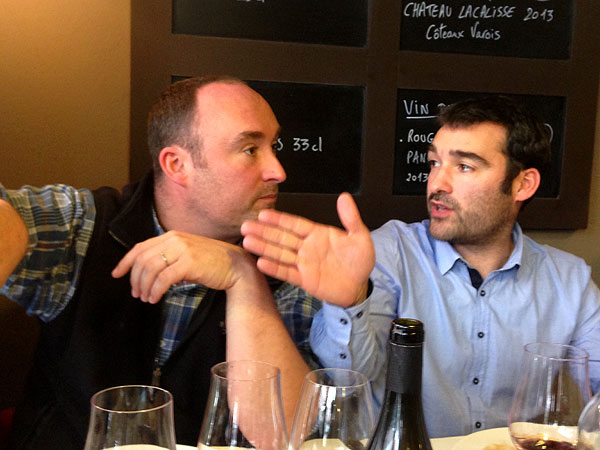 Our second appointment of the day was with our good friends the Graillot brothers Antoine and Maxime, but we were honoured that their Dad, Alain, who is nominally retired (but as busy as ever) joined us too. Alain has always maintained that he wants to make wines 'that people enjoy drinking' and the 2014s from this unimpeachable family-run estate will be no exception. They are fruit-forward and will be approachable from the get go - Alain avers that we should enjoy them while waiting for slow-burning vintages to mature. An exciting development here is that the family have acquired 3 parcels of vines in Beaujolais that they have called 'Domaine Fa' and that will shortly be released in the inaugural 2014 vintage. An early sampling had all of the signature 'Graillot' freshness and fruit and we look forward to getting an allocation. 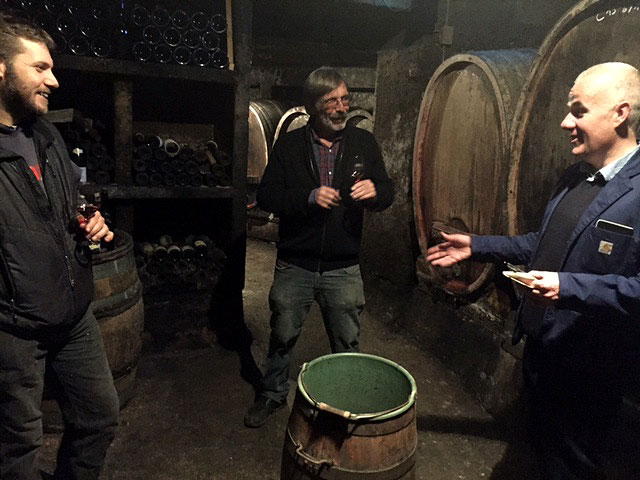 Our third meeting was with 3 generations of the Clape family in Cornas who talked us through extensive cask samples of the 2014 vintage. It is going to yield readily approachable quite hedonistic wines which, unusually for them, won't require extensive cellaring. Olivier Clape opined that the 2015 vintage is likely to be built for the long haul so 2014 will be a good a drinking vintage to have 'on the go' in the interim.

As we'd discovered at Le Chaudron restaurant they are now, once again, bottling a modicum of white Saint-Péray and the 2014 vintage looks to have got them off to a great start with lots of ripe orchard fruit and a lovely, creamy texture.

Our final meeting of the day was completely unintended, but we bumped into legendary Australian wine-maker Ron Laughton and his wife Elva in the street in Tain L'Hermitage. Fortunately they had time to join us for a quick catch up and a glass of fizz in new wine bar Le Bateau Ivre before we headed off to supper at Vincent Dollat's 'Le Mangevins' restaurant which is worthy of a special award for its wine list and another for its sublime Franco-Japanese cuisine. It's tough work out here but it must be done!