I understand the concept of modern air travel, but still find it slightly unsettling that one can turn off a spur of the M4 at 5.00am and be tasting Côte Rôtie in a cellar in Ampuis before coffee. 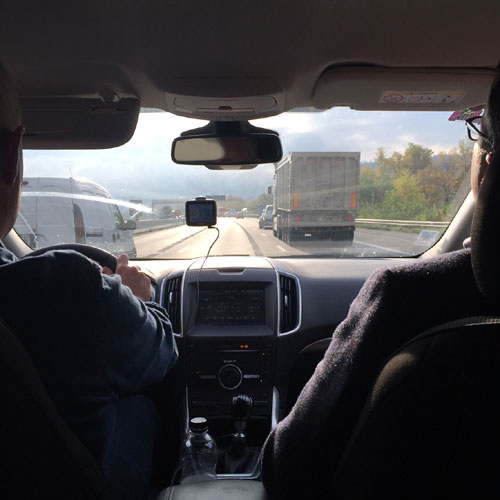 Arriving at Domaine Champet, Joël, Max & Romain were hard at it pressing the last grapes of the (late harvested) 2016 vintage, which is abundant and good. This is the first excellent news, as other regions in France have suffered all manner of misfortunes this year. But the focus of our visit is 2015. 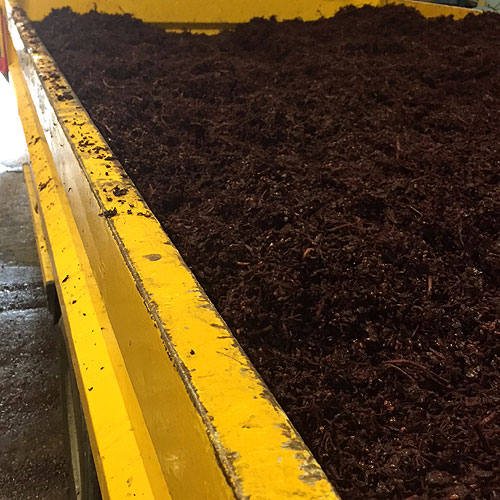 Less of a surprise, because this news has been well trailed: 2015 is a stonker. Joël Champet reckons it is the best of his lifetime and he's no spring chicken. Patrick Jasmin, just down the road, wasn't quite as euphoric but considered it reminiscent of 2010 with its aromatic tannins. An enjoyable lunch at the packed-out Bistro de Serine in Ampuis was followed by a broad and impressive tasting at Domaine Vernay. Paul Ansellem considers that 2014 was a tad better than 2015 for white Northern Rhônes, but 2015 is undeniably the better year for reds, with whites not far behind.

Lastly, to Château Grillet where, under the expert guidance of Alessandro Noli the estate has undergone an impressive transformation. The results are apparent and Grillet is now achieving its huge potential. It is also gratifying to hear that yields have now increased from a nadir of 13HL/HA in 2013. The 2014 Côtes du Rhône would surpass many a Condrieu in a blind tasting with its fabulous delineation and persistent finish. The senior wine in the same year is a revelation with a wealth of pure stone fruit underscored by racy minerality and a long long finish. Back to Tain Hermitage for supper at Le Mangevins where we ran into the Wine Advocate's Jeb Dunnuck who shares our enthusiasm on Rhône 2015.