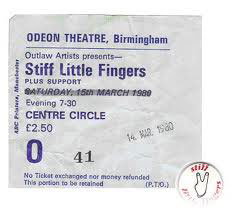 I’ve always enjoyed St Patricks night. Not for any particular religious belief but more for the party that now goes alongside – I’ve seen many a great band over a sea of Guinness – Stiff Little Fingers still tour around the Saint's day, I’ve seen the Pogues and The Men They Couldn’t Hang in various London venues on or around the 17th March and oddly, one year I even ended up seeing a very tight Irish band play a pub in Singapore.

Nowadays my circumstances don’t lend themselves quite as readily to such lively celebrations on the 17th – I live in the styx, baby sitters are now involved in planning - as are taxis – it’s just not quite as straight forward but there’s still no excuse not to mark the day. My fellow parent friends count a genuine Irish man in the clan, so there really is no reason not to arrange a gathering. This year, everyone is coming to our house, with offspring, so we are sure for a busy night. This has lead to the question about what wine to pair with semi-traditional Irish fare?

Our Welsh Shop Manager has so far come up with the following – they should, I think, do the trick:

We’ll put the starter, Smoked Irish salmon with chive pancakes and salad leaves (my course) with Chinon: Château de Ligré Blanc 2010 – a fruity chenin that will cut through the smoked fish nicely.

For the main (Marty’s course – the genuine Irishman) we’d expect any strong southern Rhône to stand up well to a traditional Irish stew with potato rosti and beetroot side – so we certainly have Gigondas: Domaine Saint Gayan 2007 lined up. We may also throw in a bottle of Château Roubaud: Cuvée Prestige Rouge 2009 as it’s showing particularly well at the moment.

There’s no holds barred for the last course: Oatcake with warm mixed berry compote and clotted cream (Paul’s course) – so , I’ve got a bottle of Muscat de Beaumes de Venise: Domaine de Durban 2009 already at home but I’ve yet to try the Coteaux du Layon Rablay: Château la Tomaze 2009 that would go very well – so as it’s a celebration...

To start, we’ll go with my current favourite fizz (Saint Péray: Mousseux Brut) and to end I’m sure my guitar will be passed, and I’ll have to try and remember all (well, all 6) chords of the Green Fields of France, just as a thank you for the big nights of old in the company of The Men They Couldn’t Hang. 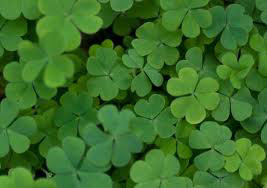