1. Are you foremost a journalist or presenter or both?
Excellent question, no idea. I love writing my weekly column in The Mail on Sunday, appearing most weekends on BBC1 for Saturday Kitchen, hosting my shows on BBC Radio 2, presenting my podcast A Glass With, serving passengers in my four Glass House wine bars on P&O Cruises as well as bobbing up on social media and at live events with The Ideal Home Show, CarFest, The Dine & Disco and Three Wine Men. Wherever there's wine and people who love sharing it, that's where you'll find me. Or else rummaging in my bee hive, I'm quite often doing that too. Love the bees.

2. According to Wikipedia (please let this be true) you wrote dialogue for Pingu and Wallace and Gromit?!
True. I was a screenwriter for film and television for many years, my most popular outings are several series of Pingu, briefly working on Wallace & Gromit's Curse of the Were-Rabbit and quite a stack of Charlie & Lola episodes too. I'm often asked how it's possible to write scripts for Pingu since there's no dialogue - a scriptwriter covers everything: what the characters are physically doing, how they are interacting, the setting, how the story unfolds, every detail of interaction – in fact, absolutely everything. It's a complete blueprint for the animators and director to work from. They effectively bring your imagination to life so it's a great responsibility and privilege to do. Here's a link to an excerpt of one of my scripts for Pingu: https://www.ollysmith.com/pingu-1640/

3. Who or what ignited your evident passion for wine?
A bottle of Terret made by the Lurton Brothers, I remember tasting it some twenty years ago in an Oddbins in Edinburgh when I was a student and it blew my mind – or rather it filled my mind with questions about why and how it tasted the way it did. It cost around £3.29 which made it something within range that I could learn more about. I ended up spending a lot in that shop before getting a job in Orange & Company Vintners. The guys in that Oddbins on South Clerk Street listening to Tom Waits in their t-shirts were so down to earth and straightforward in the way the spoke about wine that I felt compelled to wade deeper. I owe them a lot – they won't remember me but I raise a glass to them more often than you'd imagine.

4. Did you plan a career in the wine industry or did it all happen by chance?
I won Wine Idol and the prize was an audition to appear on Great Food Live, a satellite TV show that kept inviting me back on the show. It built from there and within around six months I didn't have time to write scripts for Pingu any more. I still miss Pingu, but not his scent. Don't tell him but he absolutely reeks of plasticene. 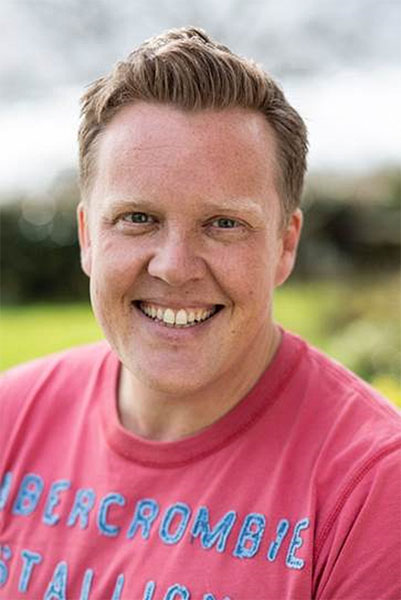 5. Can you tell us an interesting food and wine pairing from your travels?
I remember being served a red Rioja Reserva with a lobster tail in a rich deep sauce. I thought the sommelier in question - Costanzo Scala - might have gone totally bats serving Rioja with lobster but it turned out to be one of the most inspired and perfectly judged combinations I have ever encountered. The sauce was the dominant flavour and it was as snug a fit as Roger Moore draped in a silken safari suit.

6. Is there a style or type of wine for which you have a strong personal penchant?
Greek whites English fizz, all sherry. And Tokaji. And Beaujolais Cru. Can I have Spain and Portugal too? And Madeira. Port. Blimey, here we go. Wait! Palette! I bought some of that red Château Simone from you I think it was, ruddy epic stuff.

7. And is there anything you really don't 'get' or get on with?
I'd pretty much say I love all styles of wine, sweet, fortified, fizz, red, rosé, yep, here we go again. Can I talk about beer too? I'm a massive fan and loved filming my Ale Trails series for the Travel Channel. Just completed filming a brand new series with Warner Bros called How Beer Changed The World so look out for that one too. Special shout out to my two local breweries Harveys of Lewes whose Best Bitter is my desert island drink and Burning Sky Brewery in Firle who are making not just some of the best beers in Britain but in my view some of the world's very best. And they're beers to appeal to wine lovers, Mark Tranter uses a lot of wine barrels to age his cuvées. You can buy them online from http://www.symposium-finewine.co.uk

8. What has been the apogée of your wine tasting career to date?
Pretty much every day I feel lucky to be doing something I love and the sheer variety of it all – yesterday I spent the day with Peter Hall up at Breaky Bottom, he's a great friend and inspiration to me, I'll be working at Le Mans on Friday, The Dine & Disco for BBC Radio 2 and Children In Need at Chewton Glen on Saturday, filming Saturday Kitchen next week and recording several new episodes of A Glass With which has been an incredible journey with producer Richard Hemming. I've interviewed P!NK on the show, Dawn French, Sir Michael Parkinson, Miriam Margolyes, Jay Rayner, Clare Balding, Sam Neill, Mick Hucknall and the list goes on. It's epic to feel such enthusiasm for the world of wine from such prominent people and I'm thrilled the show has flown on iTunes and Spotify landing us in the top 20% of podcasts worldwide. We're recording series four as we speak and the guests are mind-blowing – check out www.aglasswith.com for all the current releases.

9. Your birth year, 1974, is a stinker of a vintage. Have you managed to source anything that is potable?
Cognac! I love the work of David Baker at www.brandyclassics.com and always buy treats from him including a 1914 Cognac which I opened and shared with very close friends on the anniversary of World War One. A sobering moment.

10. What advice would you give to a college leaver wanting to follow in your footsteps?
There's never been more ways to communicate and the opportunities are epic, the trick is to stand out and the only way to do that is by being yourself. No-one else can emulate that and you'll find an audience – or rather, they'll find you.