Take a stroll through historic Mere, and you would think that the closest this sleepy town came to Brutalist architecture would be the controversial use of UPVC for a conservatory, or the neighbour-baiting choice of a colour other than sage for a front door. Likewise, the scenic Yapp Brothers HQ in the heart of the town isn't exactly a blot on the landscape.

Yapp Brothers does however have more links to Brutalism than most UK wine merchants would own up to, and one of those is the long-standing friendship between founder Robin Yapp and former Times restaurant critic Jonathan Meades, architectural commentator and inhabitant of Le Corbusier's 'Unité d’habitation', "an 18-storey concrete slab, tricked up with Mondrian primary colours."

15 years on from the publication of his book 'Incest and Morris Dancing', a collection of his restaurant reviews and culinary commentaries (introduced with the phrase "Jonathan Meades is a Gastromartyr"), he has released a new book, this time a collection of recipes acquired through his lifetime. 'The Plagiarist in the Kitchen' is a return to food basics arguing that there is nothing new in the professional kitchen world, it is all theft and any chef who claims to have invented a new dish is dishonest or delusional. It is also - more simply - a jolly good cookbook! 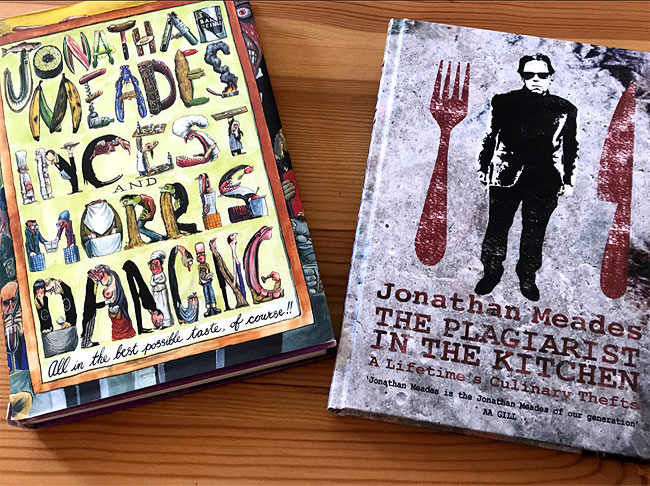 In the book there is a recipe for cassoulet. The description of how Meades acquired the recipe includes the advice "It is a dish that should be cooked in large quantities. This recipe is for about 12 people. Or, if you happen to be Robin Yapp or Alain Juppé, half that number." Later, he describes a lunch of cassoulet he shared with Robin - "Three years earlier my mother had died. The weeks of arranging the funeral, sorting through her house and dealing with death’s bureaucracy were predictably dismal. My bored gloom was relieved by a phone call from the only wine merchant in Britain to have received V. S. Naipaul’s imprimatur, Robin Yapp. He suggested that I come to lunch. What a lunch! Robin and Judith were well acquainted with my fondness for cassoulet and had with great generosity confected one to console me. World class? Nah – this was different class (which is classier than world class). The sheer volume was daunting but we were not in the mood to be daunted."

You will, of course, need to buy a copy of Meades' book in order to recreate his recipe - and many more gems that the book contains.

'The Plagiarist in the Kitchen' by Jonathan Meades is out now through Unbound.