Wine off the Richter Scale

North Wales remains the most equally beautiful and hostile environment that I routinely return to, and I guess this randomness is half the appeal - but having recently returned from a week on the Llyn peninsular even the most harden supporters of the terrain will have been taken aback on this visit.

Being a peninsular the weather there never really follows national forecasts and can genuinely throw you four seasons in one day – the day can start in mist and by lunch time you’re having a beach BBQ. 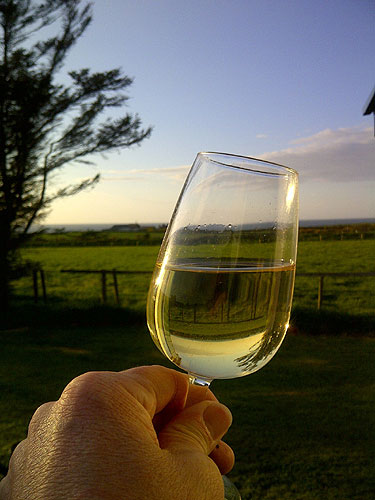 The week started in true form (as ever, my oenophile friend Jeremy and family arrived the same night we did) and we had a first day of beach sunburn – and a shared evening meal where, among others, we despatched a cold bottle of the new vintage Domaine Millet Rosé 2012.

Two days in we saw temperatures drop to 5 degrees and see 10 centimetres of rain come down – so a switch to reds was called for. Again the Beaumes de Venise: Vielles Vignes Domaine de Durban 2010 was bang on the money!

Midweek saw the swerve ball. In the early hours of the morning, as mugs and plates fell and smashed both adults woke with, safe to say, ‘a start’ – you can normally hear a pin drop after dark on the camp site. It sounded like an explosion looking back although I’d assumed my daughter had just fallen out of bed (things do sound louder in a caravan after all). 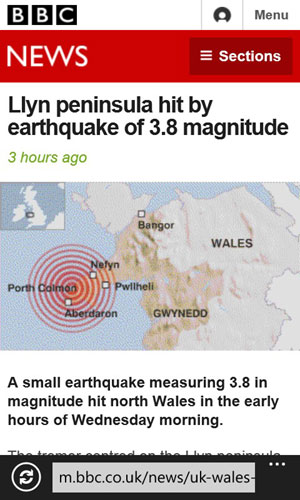 So, having travelled to all continents of the world I now found myself at the epicentre of an earthquake – admittedly only 3.8 on the Richter Scale, hardly like the 1906 San Francisco earthquake but a first for me all the same!

I do wonder what else North Wales has left now to offer us on our next visit – I’d not assumed ‘Adventures in Wine’ might be taken so literally!