There is much excitement here at Yapp H.Q. in Mere as our keenly-anticipated, new own label bottlings have just arrived. One could argue that we have been slow off the mark here but, in mitigation, we do have a long and proud history of commissioning some great bespoke labels such as our magnificent Muscadet label by Quentin Blake that my father Robin persuaded him to produce back in 1985. 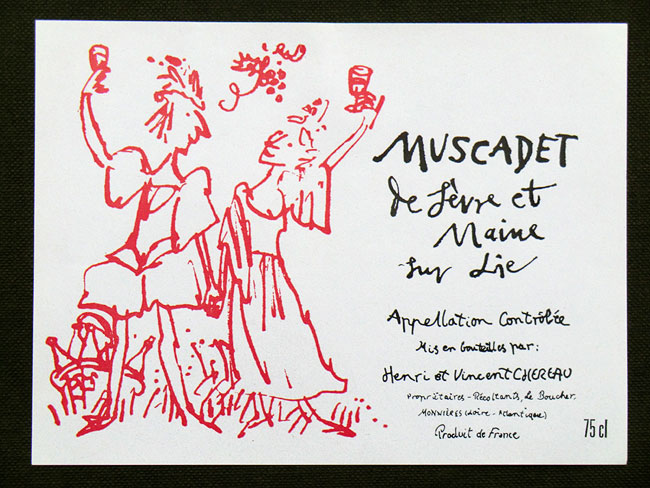 In the mid-1990s I then cajoled the erudite and talented Pippa Goldfinger to design some strikingly modernist and minimalist labels based on graffito of Charles de Gaulle for our top-selling red and white Saumur. These too have had enduring appeal - although they upset a few traditionalists in the Shires when they first appeared on the scene. 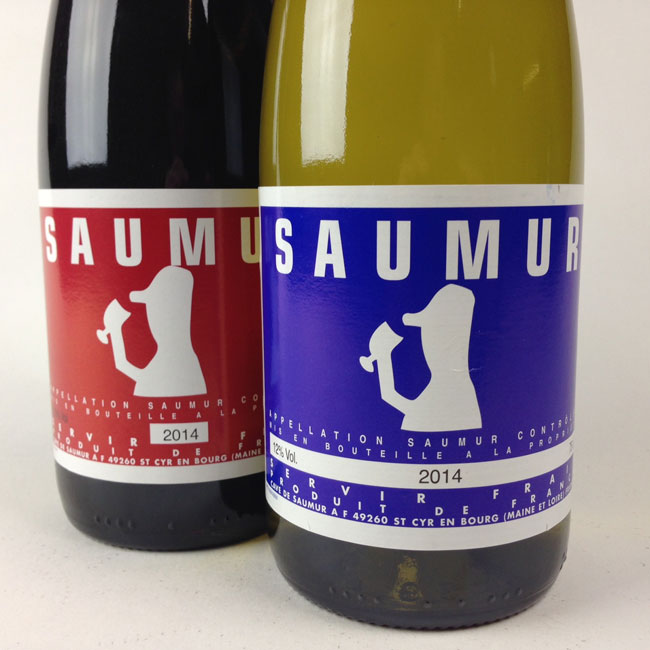 This time around in response to customer demand for reliable and affordable wines for everyday drinking we have collaborated with our good friend David Chandler whose eye catching iPad illustrations were very well received in our 2013 list. Both wines hail from the Ardèche and we have had them bottled under screw-cap to conserve their youthful fruit and eliminate the possibility of cork taint. The 'Yapp Blanc' is made from a blend of white Grenache and Sauvignon and is un-oaked, fresh, dry and fruity. Its red sibling is made from pure Cabernet Sauvignon has lots of ripe hedgerow berry fruit offset by a fresh acidity. Both are light enough to enjoy on their own but have enough weight to accompany food too. 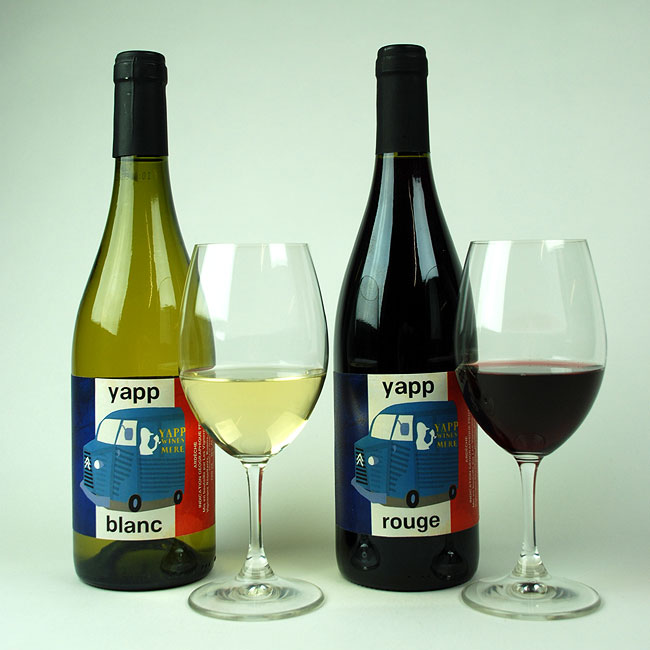 David's design remit was fairly broad but we were keen to have an image that was readily recognisable, unmistakably Gallic and evocative of our joie de vivre. Having depicted it many times David was understandably drawn to our old Citroën H-van which seemed a good starting point although his original prototype went through many modifications before we could sign off on it. At one point we thought we had it nailed before my Dutch colleague Bianca politely pointed out that David had deployed her national flag as his background!

There then followed a long exchange of e-mails to France to make sure we complied with the arcane labelling and lettering laws not to mention prolonged negotiations about bottle shapes, colours and closures. A neat finishing touch saw the van's number plate sporting the vintage of the wine. Happily we got there in the end and we hope you enjoy the finished products as much as we do.

In an effort to reward the party faithful for their loyalty and patience we are giving away a bottle of both the red and the white with all of our (full case) Spring Offers: https://www.yapp.co.uk/Current-wine-offers/mixed-cases/ and you are also welcome to come and try them in our shop.