At the time of writing I very much hope that Father Christmas or my mother (I sent both the link) will furnish me with a 6.7 litre, matt black Le Creuset casserole in which I intend to cook a Daube Provençale for my metrosexual male book group. 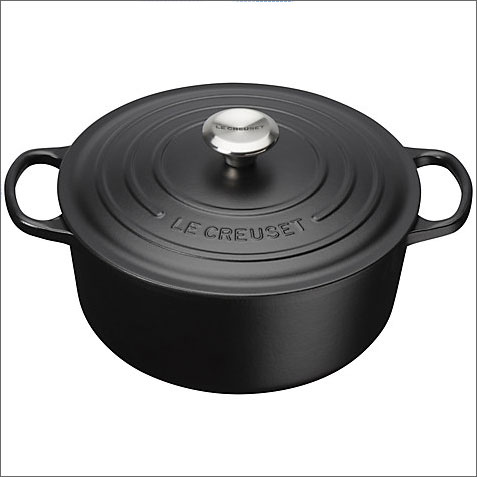 We've been reading 'Rogue Male' by Geoffrey Household and although it was published in 1939 it's seat of the pants stuff – a precursor to Bond or Bourne and set in the West Country to boot. The central character undergoes such privations when trying to elude his pursuers that I thought we'd need something cheering and restorative to eat when we convene. The recipe varies from my standard beef stew in that it includes tomatoes, orange zest and black olives which give it a distinctive Mediterranean je ne sais quoi and I hope it will go down as well as the book. I road tested it on my family (in my trusty 4.2 litre casserole) and they gave it the thumbs up which augurs well. 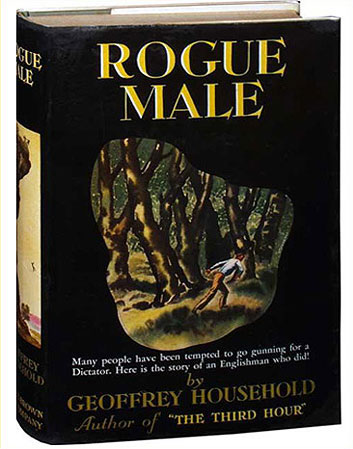 Selecting wine for my literary brethren is always tricky. You don't want anything too flashy, but I don't want to sell them short either. I think this month's Côtes du Roussillon 'Tradition' might be just the ticket – robust and warming with plenty of pepper and spice, but unlikely to detract from the main draw of me crashing on about how my book selections are superior to everyone else's.

While we don't tend to go in for starters per se a few nuts, crisps or olives never go amiss while we await any stragglers, so I'll probably open a bottle or two of a weekday white such as Carolin Hoffman's Saar Riesling - light, dry and fruity it's a failsafe crowd-pleaser. If only the same could be said of our book choices - we've recently endured Henry Miller, Jean-Paul Sartre and all 704 pages of Marlon James's misleadingly titled 'A Brief History of Seven Killings'. 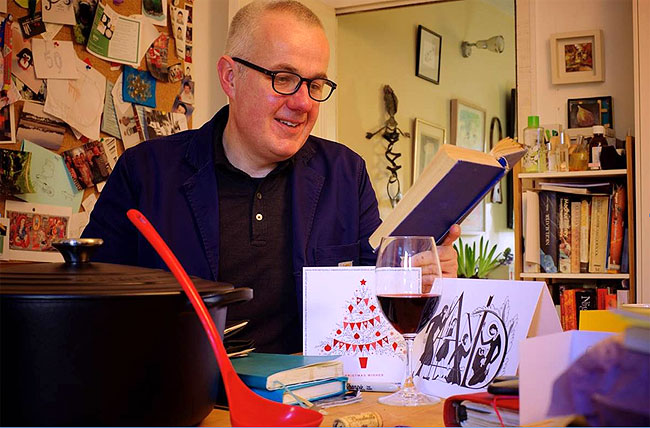 The embargo on starters also extends to pudding, but tradition decrees that a modicum of cheese is acceptable, so I'll probably serve up some mature Manchego and perhaps a local soft cheese like the excellent, organic 'Wyfe of Bath' from Kelston in Somerset. Many wine aficionados, including Michael Broadbent, dislike red wine being served with cheese but I'm not one of them so I might indulge my confrères with a glass of Saint-Nicholas-de-Bourgeuil... but only if they like the book!