After the Christmas festivities and New Year celebrations January can seem an awfully cold, long and cheerless month. To that end I try and cook some warming, restorative dishes that can be served up from a single pot in generous portions. One such is 'Braised Pork with Rigatoni' from Allegra McEvedy's magnificent 'Leon Ingredients and Recipes' cookbook. 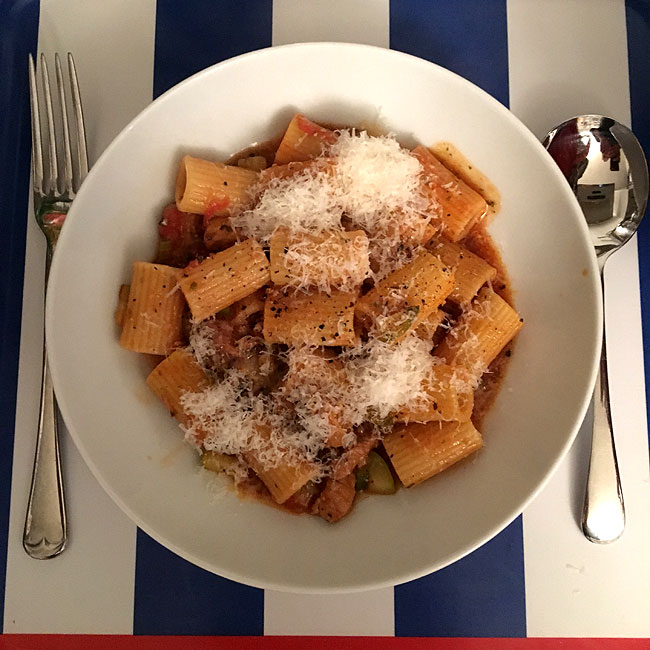 The principal seasonings here are smoked paprika and dried oregano with which you use to liberally coat pieces of pork before browning them in olive oil in a commodious casserole dish along with chopped garlic and mint. The original recipe favours ribs but I've substituted them with small strips of loin steak (500+ grams) to good effect. You then add a couple of diced onions and celery sticks and cook everything together with the lid on firmly (at 180 degrees C.) for about 40 minutes before adding a tin of chopped tomatoes (I favour Cirio on the late Antonio Carluccio's recommendation), a litre of chicken stock, some bay leaves and a piece of cinnamon stick.

It then all goes back in the oven for another hour before being joined by two diced courgettes, a tablespoon of sherry vinegar, a handful of chopped parsley and 200 grams of dried Rigatoni. I use more Rigatoni and a bit more of all other ingredients as a matter of course as it is not a costly dish and leftovers (if there are any) seem equally popular. 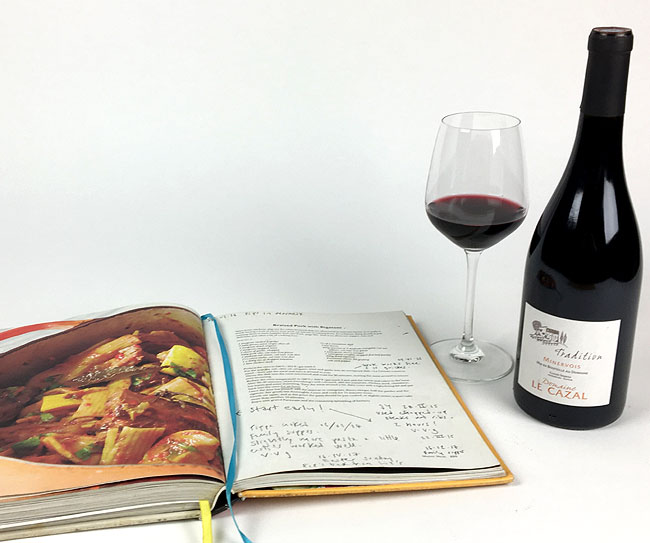 You cook that for a further 20-30 minutes (lid back on) stirring it once or twice until the pasta has softened and absorbed a lot of the liquid. I serve it in shallow bowls with grated parmesan and some more chopped parsley. I'd pair that with a hearty, life-affirming red like this month's Minervois: Domaine Le Cazal 'Tradition' 2015 and be confident of no-one complaining!