I have previously praised Rukmini Iyer's 'The Green Roasting Tin' as an excellent source of innovative vegan and vegetarian recipes that are (mostly) easy to prepare. However, with both my copies in self isolation at my sons' seats of learning I've had to wing it during lockdown with best guesses at ingredients and quantities for some of my favourites. One such is fajitas made with roasted peppers, mushrooms and onions. 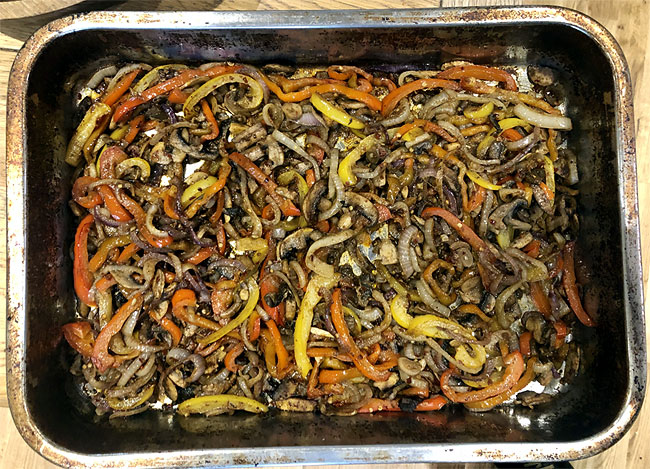 To serve four hearty eaters I used four red and yellow bell peppers, 500 grams of field mushrooms and two large Spanish onions – all of which I sliced finely and spread over two large roasting tins. I then dressed those with two tablespoons of olive oil (per tin) and heaped single teaspoons of chilli flakes, powdered cinnamon, cayenne pepper and ras el hanout. I know for a fact the latter doesn't feature in the original but I had plenty in store so in it went. I then roasted all the vegetables for 30 minutes at 200 degrees C. (stirring intermittently) whilst I heated 12 flour tortillas in a thick-bottomed pan and then kept them warm on a low heat. 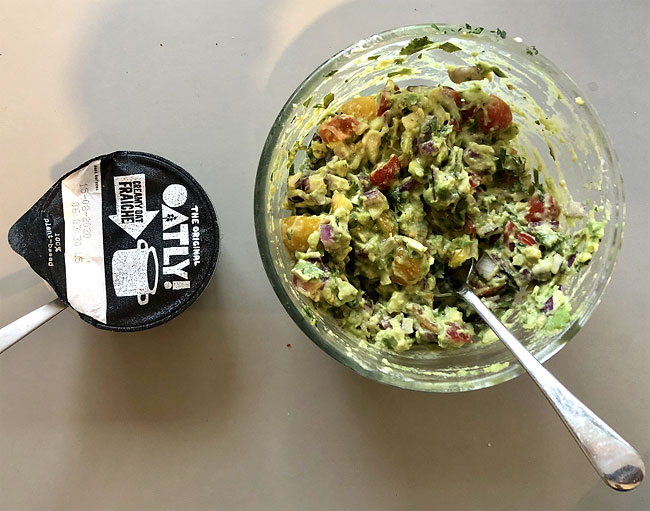 I then made a simple guacamole from four mashed avocados and some finely sliced red onion and cherry tomatoes and the juice of two limes. I then transferred the roast vegetables into one roasting dish and let people serve themselves at the table along with some oat crème fraiche – a recent but valuable discovery. The trick with fajitas is getting the fold right – up from the bottom then in from the sides. It's not haut cuisine but it made for a tasty mid-week supper and brokered no complaints. Wine-wise I'd be drawn to an aromatic unoaked white or fairly full-bodied rosé such as this month's Coteaux d'Aix-en-Provence: Domaine des Oullières Blanc 2019 or Lirac: Domaine Maby 'La Fermade' Rosé 2019. 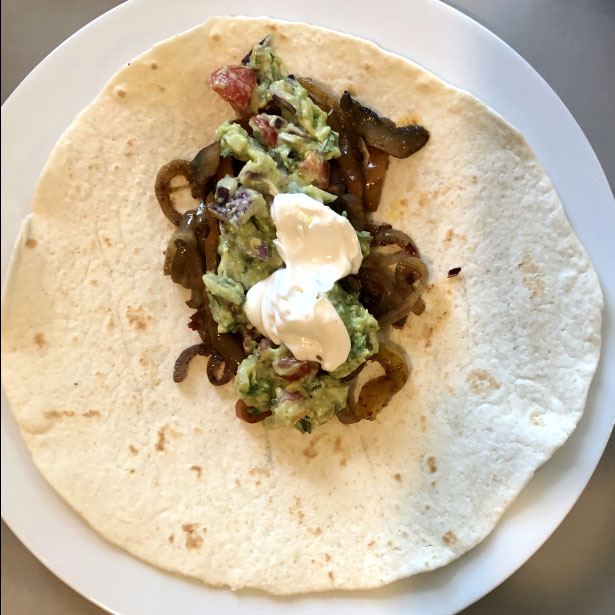