It’s Beaujolais, Jim - but not as we know it.

You may expect that, given the title, these musings will be full of subtle enterprising mentions of Bones, Spock, Kirk and co boldly going where no man has been before, but actually, that is pretty much the extent of my “trekkie” knowledge. However, by courtesy of a wonderful offer by Westbury Communications and Inter Beaujolais, I was beamed (by British Airways actually, not Scottie) into a virgin visit to the scenic hills of Beaujolais, a few kilometres north of Lyon. 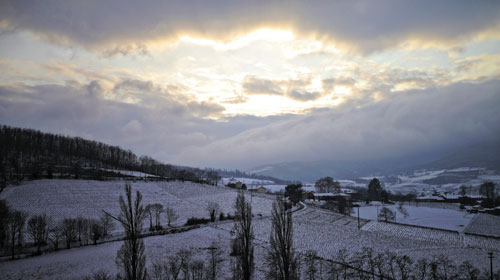 If you happen to ask a random passer-by (remember, children don’t speak to strangers) to name three French wine regions, they would probably come up with Champagne and Bordeaux and, quite possibly, Beaujolais as their third one. Therefore, the area is certainly famous as a wine-producing region but, for the majority, their perception of a wine from Beaujolais will be one that is light and fruity, uncomplicated and easy-drinking and predominantly red. Certainly, the region does have those wines in abundance, but a lot more besides. My personal pre-visit thoughts were that I would be looking forward to tasting the occasional (rare) light white, perhaps some mid-weight and richer offerings from the Cru’s of Morgon and Moulin à Vent, but, in the main, fruit-forward reds that would serve well lightly chilled. 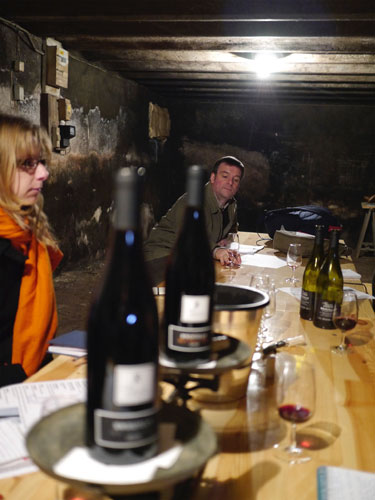 Beaujolais certainly has some youthful, red-berry, fruit-forward wines but the unexpected surprise for me during my visit was the variation and quality of the whites as well as the depth and elegance of the some of the Cru reds. During the three-day visit, we were welcomed by no less than nine producers at their domaines, and were given an in-depth analysis of their vinification techniques, soil structure and specific terroirs followed by comprehensive tastings that covered the whole range of wines that Beaujolais has to offer. Indeed, my tasting notes had several mentions of “aromas similar to Côte Rôtie” and “very Burgundian” in style - not surprising really, as we learnt that the Gamay grape is originally a cross of its parent grapes Pinot Noir and the white Gouais Blanc (now extinct I think), therefore quite natural to have those kinds of flavours. 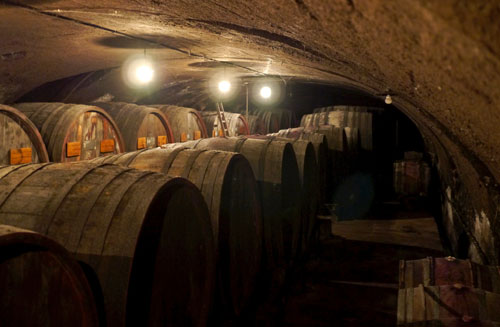 Every wine region I have visited in France has winemakers who are passionate about their metier, and Beaujolais is no different. But I was soon aware of something very different: an intense collective expectancy and eagerness for the future, and a very real feeling of the re-awakening and re-branding of this historic region. The winemakers were all young but showed the experience and knowledge that many have gained from visiting other winemaking countries or consulting the more experienced winemakers of their region with regards to the area’s traditional viticulture. With reference to the latter, they have digested all this information and assimilated it to best suit the “new style” of Beaujolais that they produce on the Cru sites. Most still use semi-carbonic maceration, with whole bunches, along with varying degrees of de-stemming, and often a longer, cooler fermentation. Yields in Beaujolais are set by the AOC at 52 hectoliters per hectare but several domaine’s were generally harvesting at much lower than that, with even one old vine cuvee coming in at 10 hl/ha! Many have come to the conclusion that organic or bio-dynamic methods are the way forward, not only for wine quality but for the well-being of the soil, along with the minimal use of sulphates.

One of the main questions I get asked in our retail establishment in Mere is do we have any wines that are fruity, flavoursome and drinkable, but with an alcohol level that enables them to have another glass without the risk of falling asleep after the first one, and missing most of the party! Well, Cru Beaujolais generally fits the bill, and, even though some low-yield, old-vine cuvées might hit the 14% mark, most are around 12.5%, but still having the attributes mentioned above in abundance.

We published our 2012 List on March 1st and I’m pleased to say that it now includes a Beaujolais Blanc, a Beaujolais Village and a Cru Beaujolais Morgon. I’m looking forward to promoting the wines and enlightening our customers to the delights of a New Beaujolais as opposed to Beaujolais Nouveau. But please, don’t take my word for it....
“Today only very unsophisticated wine markets (and some French cities) seem at all interested in Beaujolais Nouveau and the producers of the Beaujolais region have had to re-design their objectives and policies. Today, after a period of being the pariahs of the wine world, they are once again worthy objects of interest for serious wine lovers. This is all due to the magic combination of the Gamay grape and the particular characteristics of the best villages in the region, including the famous ‘crus’ Beaujolais.”
www.jancisrobinson.com

(Images courtesy of Laura Heywood, an abbreviated version of this blog first appeared in Harpers magazine).